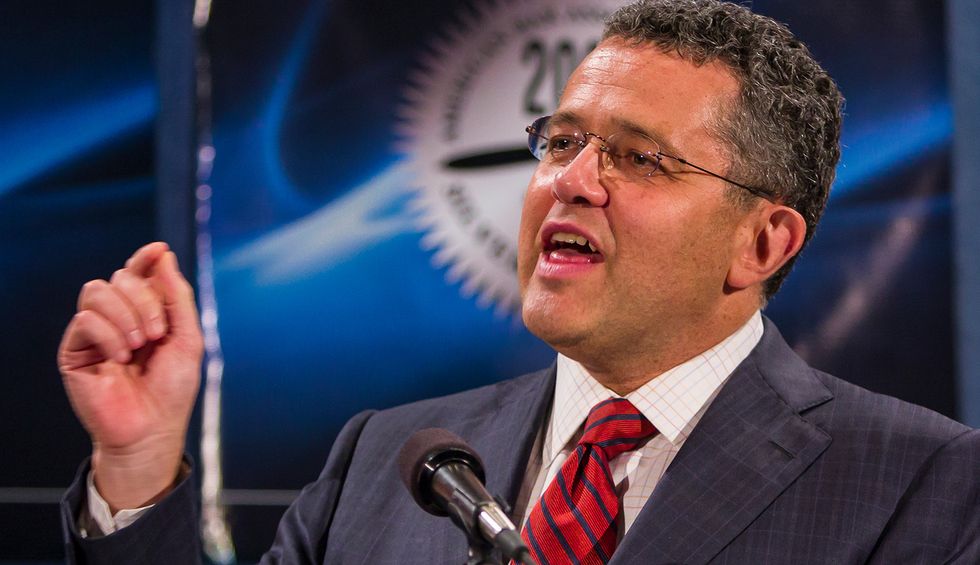 In a new essay for the New Yorker, Jeffrey Toobin explains at length how President Donald Trump’s 2016 scandal with Russian interference in the presidential election and his current scandal trying to push Ukraine to investigate his political opponents are actually directly linked.

“The Russia and Ukraine scandals are, in fact, one story,” Toobin writes. “Indeed, the President’s false denials in both of them capture the common themes: soliciting help from foreign interests for partisan gain, followed by obstruction of efforts to uncover what happened.”

Looking beyond those similarities, however, Toobin shows how both scandals involve the advancement of Russian interests.

“In the Ukrainian chapter, Trump has done Putin’s bidding, to the extent that he can, going so far as to embrace a discredited conspiracy theory that Ukraine, not Russia, interfered in the 2016 campaign,” Toobin explains. “The rest of the U.S. government has never been as enamored of Putin as Trump is. That includes Republicans in Congress, who joined the Democrats in voting for military aid to Ukraine. Trump wants no part of conflict with Putin, but the aid package tied his hands.”

Toobin then argues that Mueller’s indecision about whether to charge Trump with obstruction of justice got him off the hook politically, which has now only emboldened the president to behave more lawlessly.

“One way of looking at Trump’s evolution from candidate to President, from Mueller’s time to Schiff’s, is that his abuses are accelerating, with each unpunished act serving as a license for more,” he writes. “The Constitution gives Congress the tools to halt this cycle in Trump’s out-of-control Presidency.”