'The president has no spine': Official trashes Trump for getting 'out-negotiated' by Turkey in new report 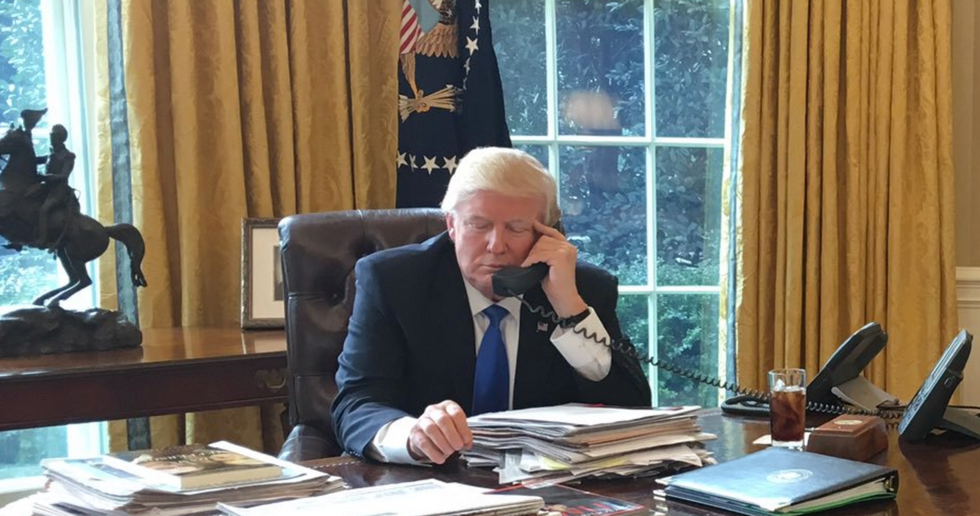 An official in the National Security Council on Monday blasted President Donald Trump's latest decision to abandon Kurdish allies at the Turkish-Syrian border in a new report from Newsweek.

The person said Trump got "rolled" by Turkey's President Recep Tayyip Erdogan in a phone call, the report found. Erdogan and the Turkish government view the Kurds as terrorists, though they have been seen and treated as key allies by the United States in the fight against ISIS. The White House's announcement Sunday that troops would be drawn out of the region triggered bipartisan outrage, as many fear the Kurds will be vulnerable without American support.

"President Trump was definitely out-negotiated and only endorsed the troop withdraw to make it look like we are getting something—but we are not getting something," the official told Newsweek. "The U.S. national security has entered a state of increased danger for decades to come because the president has no spine and that's the bottom line."

Today, President Donald J. Trump spoke with President Recep Tayyip Erdogan of Turkey by telephone. Turkey will soon be moving forward with its long-planned operation into Northern Syria. The United States Armed Forces will not support or be involved in the operation, and United States forces, having defeated the ISIS territorial “Caliphate,” will no longer be in the immediate area.

According to Newsweek, the official said Trump did not give his blessing to the Turkish incursion, but he also did not threaten economic retaliation for going after the Kurds. Facing blowback on Monday, though, Trump said he "will totally destroy and obliterate the Economy of Turkey" if it does anything "off limits."

Similar events preceded Trump's previous announcement in December 2018 that he would be pulling U.S. troops out of Syria.

At that time, CNN reported, Trump told Erdogan: "It's all yours. We are done." Erdogan also reportedly gave his "word" that he would eliminate ISIS.

After Trump made the decision to pull out, then-Secretary of Defense James Mattis resigned in protest.