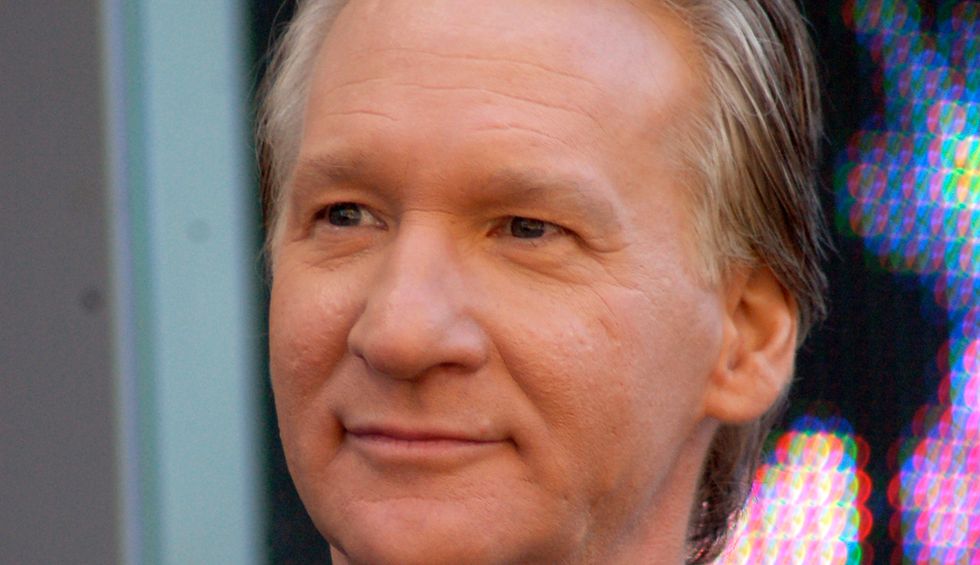 Bill Maher rose from being an “edgy,” opinionated comedian to becoming one of the most influential and recognizable faces in our media. His political talk show, Real Time With Bill Maher, has been on HBO since 2003, spanning 17 seasons with over 500 episodes to date. Real Time continues to be one of the most popular shows on cable TV, drawing in more than 4 million viewers per episode, according to a new New York Times interview (9/30/19), which frames him as a straight-shooting satirist on an “antihypocrisy crusade,” with Maher presenting himself as the voice of liberals across the country fed up with PC culture. Certainly, he has a legion of dedicated, primarily Democrat-voting Baby Boomer and Generation X fans, who take seriously his every pronouncement.

That is why his latest outbursts are noteworthy. On the September 20 edition of Real Time, he condemned the Democrats for reviving their opposition to Supreme Court Justice Brett Kavanaugh, claiming that continuing to “go after a guy for what he did in high school” “looks bad.” He implied that Democrats lost seats in the Senate for their “preposterous” opposition to what Kavanaugh did when he was just 17 (which, for the record, was multiple alleged attempted rapes or sexual assaults).

A week previously, Maher appeared on MSNBC’s flagship breakfast show, Morning Joe (9/12/19), where he claimed that the Democrats’ left-wing (i.e., Bernie Sanders) was a “cancer” destroying the party, warning that the left is “scarier and crazier than Trump,” and nominating a leftist as its presidential candidate would spell disaster in the next election. (Decrying the supposed unelectability of the left is a favorite pastime of elite pundits—FAIR.org, 2/26/19, 7/2/19, 8/21/19.)

Media almost unanimously present Maher as a “liberal” (e.g. Salon, 10/11/14, 9/21/19; USA Today, 7/8/18; New York Post, 6/29/19) or even a “progressive” (The Hill, 2/2/17) comedian. Yet any inspection of his political positions dispels this illusion. To be sure, he generally supported President Barack Obama and opposes Donald Trump (although he has been known to do the opposite of both). But he also has a long history of repeatedly taking reactionary positions on many subjects, especially war.

On his previous Comedy Central show Politically Incorrect, Maher praised the Vietnam War as “necessary,” arguing it helped end the Cold War. (The US officially began its involvement in Vietnam 36 years before the dissolution of the Soviet Union.) In 2013, he joked about killing antiwar activist Medea Benjamin after she interrupted Obama, and recanted his anti-Iraq War position, claiming, “Iraq is doing better than I thought it would be.” He praised George W. Bush for “creating a country” there.

And he championed Israel’s 2014 assault on Gaza, tweeting:

Dealing w/ Hamas is like dealing w/ a crazy woman who’s trying to kill u — u can only hold her wrists so long before you have to slap her.

As that last comment suggests, sexism and rampant Islamophobia are also constant features of Maher’s ideology. In 2009, he called a woman who was reportedly choked by her boyfriend a “bitch,” claiming that it was surprising he did not attack her sooner.

He has also described Islam as a “cancer,” and told Rep. Keith Ellison, a Muslim, that the Quran is a “hate-filled holy book.” He defended the arrest of 14-year-old Ahmed  Mohammed for bringing a clock into school, comparing him to an ISIS fighter, and expressed alarm over the rising popularity of the name “Mohammed,” worrying that the Western world was being “taken over by Islam.” He also offered advice to Western women: “Talk to women who have ever dated an Arab man,” he insisted: “The reviews are not good.”

Maher fully supports the Israeli occupation of Palestine. “I love Israel,” declared the celebrity atheist, professing his affection for the ethno-religious state.

The point is that Maher’s beliefs, actions and outbursts, if they are coherent at all, are not consistent with liberalism and are, if anything, more in keeping with a right-wing shock jock like Rush Limbaugh.

Indeed, when asked, he has been explicit about his ideology: “I’m a libertarian,” he said to Rolling Stone (4/13/11). “I would be a Republican if they would. Which means that I like the Barry Goldwater Republican Party, even the Reagan Republican Party.” His choice in naming the two figures whose mission was to upend the liberal order, often through appeals to racism and white nationalism, is telling.

“I want a mean old man to watch my money,” he added. “Because government is a sieve that takes as much money as it can and gives it away, usually needlessly.”

Yet corporate media continue to describe him as a liberal. Newsweek (3/16/19) did so in a story about him criticizing the Democratic Party, the Washington Times (9/13/19) did the same when it reported on his recent claim that the new “far-left” Democrats’ ideas are a “cancer” and they look “crazier” than Trump to him, while Fox News (5/11/19) reminded its readers twice that Maher was a liberal in a story about him praising Trump’s handling of the economy.

And therein lies the utility for the media in persisting to describe the self-described libertarian as a liberal: It allows media to formulate “he’s a liberal but” stories. “Conservative Criticizes Democrats” is not going to drive any clicks, whereas “Liberal Praises Trump” does. It is a classic example of the “Man Bites Dog” phenomenon.

Ultimately, Maher has built up an impressive following and continues to espouse snarky elitist hot takes weekly for HBO, earning an estimated $10 million per year doing so. Call him a racist, a bigot or an astute businessman; just don’t call him a liberal.