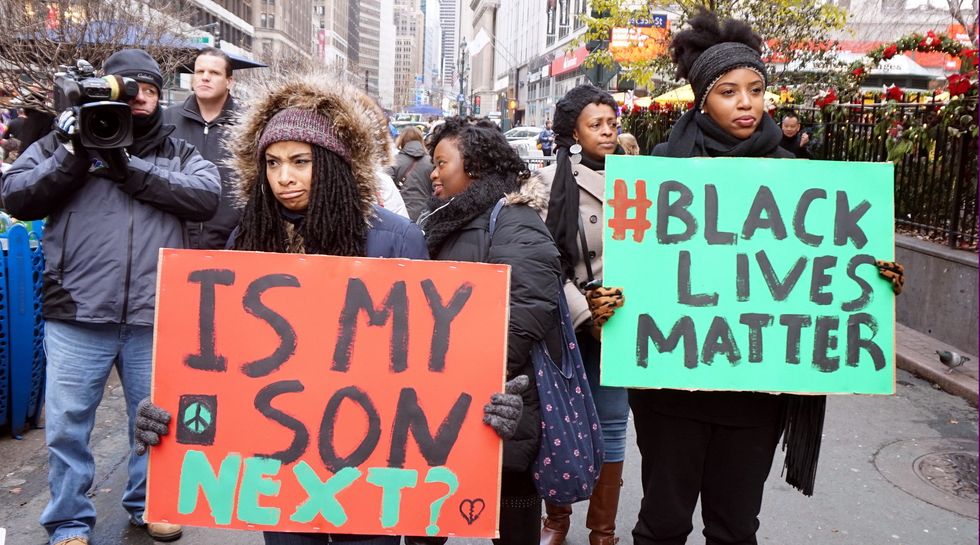 Botham Jean, a 26-year-old Black man, was killed in his apartment on September 6, 2018. Amber Guyger, a white police officer then with the Dallas Police Department, entered Jean’s apartment, allegedly mistaking it as her own and mistaking Jean as an assailant. At the time Guyger barged into his apartment, Jean was sitting in his living room eating ice cream and watching television, according to prosecutors. The entire encounter, including the shooting, occurred within seconds.

On October 1, the improbable occurred: Against the backdrop of the stubbornly low conviction rate for police-involved shootings, Guyger was convicted of murder.

Although Guyger’s conviction is almost unprecedented, the road to conviction played out with frustrating familiarity. Those charged with seeking justice in Guyger’s case, from the police officers to the judge to the jurors, gave Guyger the benefit of the doubt, showed her leniency or forgiveness, or actively protected her. At each stage of the case, these officers seemed to be confused as to which of the two had been victimized: Guyger or Jean.

To start, the Dallas Police Department immediately handled the incident as an “officer-involved shooting.” No officer-involved shooting is ever truly standard, but the death of a man at the hands of a police officer while he is comfortably and innocently watching television inside his own home certainly is not. A warrant was eventually issued for Guyger’s arrest three days after the killing as public outrage began building.

Consider the case of Kaia Rolle. Rolle, a six-year-old student at the Lucious and Emma Nixon Academy, was arrested at school for throwing a temper tantrum. She was taken to the Juvenile Assessment Center, where she was also fingerprinted and photographed for a mugshot, on a battery charge. It took days for law enforcement to respond to a woman accused of homicide the way they responded to a child whose crime was misbehavior.

Even despite her arrest, Guyger was initially only charged with manslaughter. A Dallas County grand jury, however, ultimately indicted her for murder.

Law enforcement attempted to protect Guyger from conviction once it became clear she would be prosecuted, seemingly putting Jean on trial first.

The Dallas Police Department inexplicably requested a search warrant for Jean’s apartment in the days after Jean’s death, seemingly looking for proof that he was at fault in his own killing. They found 10.4 grams of marijuana. It is hard to see how the personal possession of marijuana justifies murder, but that fact would likely not have deterred the Dallas Police Department if it could have helped her.

Guyger testified at trial that she approached the apartment door and, despite her training, opened it when she heard someone inside. She said that she drew her gun and commanded the person walking quickly toward her to present his hands. “I was scared he was going to kill me,” Guyger asserted.

Self-defense, embodied in the “castle doctrine,” became central to Guyger’s legal defense. The castle doctrine shields those who use lethal force to protect their homes from criminal liability. Many states throughout the country have embraced either the castle doctrine defense or stand-your-ground laws to the detriment of countless unarmed Black Americans, like Jean. Never mind that Guyger was trespassing in Jean’s home, not defending hers, which is the central element of the castle doctrine. Never mind medical testimony indicating that Jean was crouched at the time he was shot based on the trajectory of the bullet, meaning that there was no way he could have been positioned threateningly. Never mind that she seemingly ignored several indications that she was on the wrong floor and had approached the wrong apartment. Never mind that Guyger, even if she did genuinely believe an assailant was in her apartment, could have called for backup from where she was safely situated outside of the apartment instead of firing her weapon.

Despite this myriad of reasons that rendered the castle doctrine inapplicable to Guyger’s actions, the judge presiding over the case, Tammy Kemp, allowed jurors to consider it anyway. Again, not only was Judge Kemp not compelled to allow the castle doctrine defense, she should not have. But the impulse to protect police officers, to give them the benefit of the doubt, pervades the legal system.

Indeed, even though the jurors returned a guilty verdict, this tendency tempered the terms of that verdict. Guyger was ultimately sentenced to 10 years in prison, far short of the 28-year minimum that prosecutors had deemed appropriate and even farther still from the 99-year maximum. Two jurors, identified only as Juror 21 and Juror 34, participated in an interview with ABC News to lend some insight as to their thought processes in handing down the lenient sentence. According to Juror 21, many tears were shed during jury deliberations. Juror 21 went so far as to explicitly ask for a lighter sentence. In an interview with ABC News, Juror 34 said, “I’m going to be honest and true. I was like, ‘I can’t give her 28 years.’” Both jurors believed that Guyger had shown remorse, a sentiment shared by the Jean family, particularly Jean’s younger brother, Brandt. Juror 34 insisted that “the 10 years will be enough time for her to get back out there and try to do something better with her life.” The murder of Jean was, after all, a “mistake.”

The grace shown by Jean’s family in the face of such a painful loss is as beautiful as it is heartbreaking. The extent to which the jury felt moved by the example of Jean, who is remembered as a generous, diligent, and loving young man, and his family is quite remarkable too. Both are poignant reminders that forgiveness should be more present within the legal system. However, the jury took the forgiveness extended to Guyger as justification for allowing her to escape appropriate accountability.

The 10-year sentence is no more than a slap on the wrist. Guyger will likely not even serve the full sentence: She could be released much earlier for “good behavior.” Furthermore, forgiveness is seemingly selectively applied to police officers. Like Guyger, Crystal Mason made a mistake. Her mistake, however, resulted in an illegally cast vote, not murder. Nevertheless, Mason was sentenced to five years in prison, half the sentence Guyger received for murdering someone in their own home. The difference is that Guyger was viewed as a victim.

The interviewed jurors saw her as such by their own admission. They called it one of the most difficult decisions that they ever had to make. They expressed worry about her ability to restart her life, reducing her sentence so as to avoid making her conviction too much of a barrier to reentry post-release. Many of the jurors cried out of anguish over convicting and sentencing Guyger. In short, the jurors regarded Guyger as someone who was worthy of protection, but certainly someone who deserved forgiveness and leniency at least.

Perhaps the victimhood of Guyger was most prominently demonstrated by Judge Kemp. At the conclusion of the trial, Judge Kemp embraced Guyger and presented her with her Bible, promising Guyger that God could forgive her and already had. Not only does this problematic display serve as evidence of the leniency shown to police officers, it threatens to compound that leniency as well. Guyger will likely appeal her conviction. Her defense team will likely fight to ensure that her appeal can be heard by Judge Kemp, who is seemingly sympathetic to her situation. Even if Judge Kemp is forced to recuse herself from hearing Guyger’s appeal (because of ethical concerns about her impartiality, which have already been raised), Guyger’s defense team will likely point to the reaction from Judge Kemp, the jurors, and the Jean family to cast Guyger as even more of a sympathetic figure than she has already been made out to be.

There are so many police killings that history is given many opportunities to repeat itself. On Saturday, October 12, Atatiana Jefferson was also shot and killed inside her home. Officer Aaron Dean in Fort Worth, Texas, had been called to perform a welfare check on Jefferson. Instead, within seconds of being alerted to Jefferson’s presence (again, inside her own home), Dean yelled, “Put your hands up! Show me your hands!” and fired his weapon. He failed to identify himself as a police officer. He left no time for Jefferson to respond to his orders. He made no effort to inquire as to who Jefferson was. He simply shot. At the time, Jefferson had been looking after her eight-year-old nephew.

Dean has been arrested and charged with murder at press time amid a local and national uproar. No one knows at this point what the exact contours of the investigation and prosecution of Dean will look like. If anything is to be drawn from Guyger’s trial, it is that the legal system will do its best to assert Dean’s victimhood.

Ebony Slaughter-Johnson is a freelance writer and a writing fellow for Local Peace Economy, a project of the Independent Media Institute. Her work has appeared on AlterNet, U.S. News & World Report, Equal Voice News and Common Dreams.