The end of the American myth of meritocracy 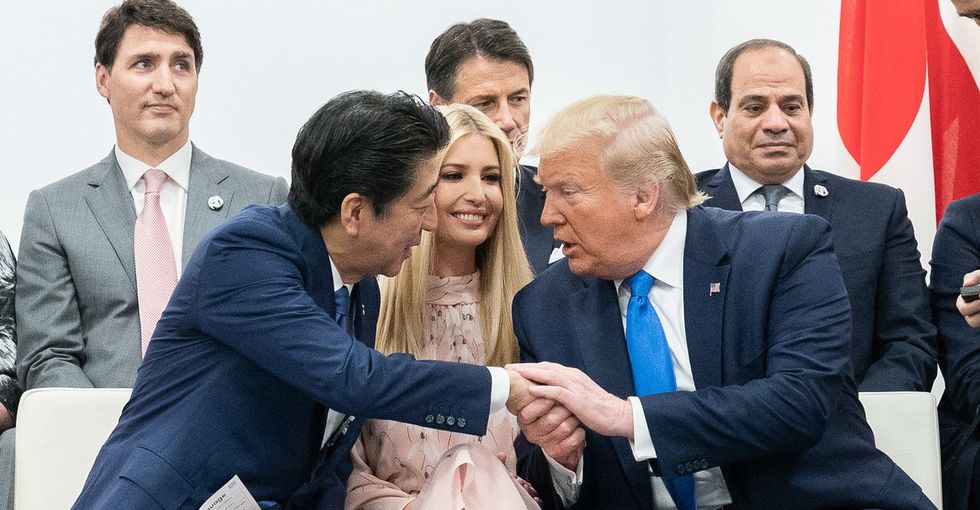 The following is chock-a-block with spoilers for "Succession" Season 2, including the finale, so proceed with caution.

For understandable reasons, the internet is all a-chatter about the final scenes of Season 2 of "Succession." On Sunday's finale, Kendall Roy (Jeremy Strong), who spent most of this season looking like a whipped puppy, finally stuck it to his old man, Logan Roy (Brian Cox), throwing the patriarch under the bus during a live press conference, during which Kendall was supposed to offer himself up as the fall guy for Waystar Royco's criminal behavior. It was a moment of Kendall showing spine and competence, and understandably, audiences cheered him on.

But, to really get what makes "Succession" such an important show for this time, it's better to look at some of the other moments earlier in the season: Kendall soiling himself after getting wasted with another child of privilege, the infamous "boar on the floor" scene where a couple of Waystar executives scramble on the floor for a sausage, Roman being made to wear a mascot costume during a humiliating bout of management training, and the entire Roy family exposing how gauche and poorly educated they are — despite all their money — at a dinner party with the more old school wealthy family, the Pierces."Succession" is the perfect show for the era of Donald Trump, because it's a show exposing the lie that is the myth of the American meritocracy. In its highly stylized and darkly hilarious way, "Succession" plugs right into the current American moment, where we're coming to the collective realization that the wealthy class that controls so much of our politics and our society is a bee's hive of morons who are simply coasting on luck, privilege, and a system that favors the wealthy at the expense of everyone else. And, if anything, the worst among us are actually best positioned to succeed in our deeply broken social systems.

This collective realization is most obviously being brought to us courtesy of Trump and his three children by his first wife, a group of people who, if they had finances commensurate with their merits, would be required to trade places with the homeless people Trump is fond of demonizing. Trump himself can barely read — it's obvious he's never read a single book in his entire life — and his three oldest children, while more adept with the written language, are so painfully dumb as a group that it stopped being funny about a year ago. Even Ivanka, supposedly the "smart" one, is such an airhead that it's become a national embarrassment.

It's not just the Trumps, however, that are proving on a daily basis that actual merit counts for little, especially compared to wealth and privilege, in American society. The entire Ukraine scandal provides regular reminders that the power class Trump has installed in D.C. is dumber than a cat who can't find his way out of a paper bag. Rudy Giuliani, who was once the mayor of the largest city in the country, keeps melting down and confessing to likely criminal behavior on TV. Gordon Sondland, a hotel magnate who bought himself an ambassadorship from Trump, managed to hand a career diplomat textual evidence of his involvement in a likely criminal conspiracy. In general, Trump's associates are (thankfully) really bad at concealing criminal evidence. Even their motives for illegal behavior are stupid — most of Trump's trouble comes from persuing conspiracy theories that have already been debunked. Meanwhile, Trump's powerful supporters make obnoxious fools out of themselves every  time they stick their heads out in public.

On "Succession," few of the characters are as dumb as any random member of Trump's inner circle or donor base — perhaps excepting Tom Wambsgans, the bumbling fool husband to Shiv Roy, played respectively by Matthew Macfayden and Sarah Snook — but mostly because watching a show about people that inept would make for boring TV. But while the show's writers dial up the IQ levels of the Roys enough to make the soap opera-style scheming of the plot work, we're subjected to repeated reminders that there is nothing inherently special about these characters, besides luck and inherited wealth. On the contrary, the Roys are painfully average people who, because their wealth shields them from consequences, fail even at gaining the life skills and maturity that average people from average backgrounds earn just by living.

Roman is a layabout who wastes what may be natural intelligence, and seems not to know what his actual job is, much less how to handle the basic functions of it. Shiv, while an admittedly talented political strategist, spends most of Season 2 scoffing at the notion that she might have to learn basic business skills in order to run a multi-billion dollar company. Conor, the oldest and most painfully dumb child, tries to run for president on a platform cobbled together from the comments section at a site like Infowars.

Perhaps most poignant is the story of Kendall, who, unlike his siblings, actually believes in the value of hard work and is shown, throughout the show, studying and researching and even offering educated opinions on business management. But Kendall's diligence is no match for his mediocrity, and he's often unable to muster the intellectual limberness required to handle the complex systems he keeps trying to manage.

Logan, the only character on the show who actually created his own wealth, is a black box to the audience, intelligence-wise. But there are tantalizing hints that Logan, like Trump, is all noise but no substance. Most of the two seasons are about the company scrambling to save the company from Logan's overleveraging it. Most of his business decisions are impulsive and bad, made not out of financial savvy but to boost his own ego. It's underplayed, but it's there: Logan is not good at business.

After all, Logan is rescued, in Season 1, by his perfectly average son Kendall, who puts the business education to use by preventing the company from going under. But Kendall's reward for that is to lose even more power at Waystar Royco.

This is why the show should be understood as a dark satire, and not as the soap opera it's often treated as . Business incompetence, in the world of "Succession," doesn't matter. This is a society where incompetence is only a problem for the little people, such as the waiter who loses his job in Season 1 for screwing up a drink order. Instead, the only thing that matters, besides privilege, is ruthlessness.

"You’re not a killer. You have to be a killer," Logan tells Kendall in the Season 2 finale when Kendall asks if he ever had a shot at heading Waystar Royco. Nothing Kendall does, no deal he strikes, no amount of business skill he accumulates, no matter how many times he keeps the company solvent, matters. In this world, all that matters is being a rat bastard who will break any law or bond of trust to escape accountability for your own actions.

So, in a way, there is a twisted form of meritocracy in America. But it's not the one we were all raised to believe in, the one that rewards hard work and intelligence. It's one where the most overt sociopathy wins the day, where the person who cares least about others will come out the winner. In a country where a man with no discernible talents or redeeming qualities, whose entire personality is a disregard for others, is president, it's hard to quarrel with the dark view of America "Succession" portrays.