Thanks to Trump, STD rates hit a record high 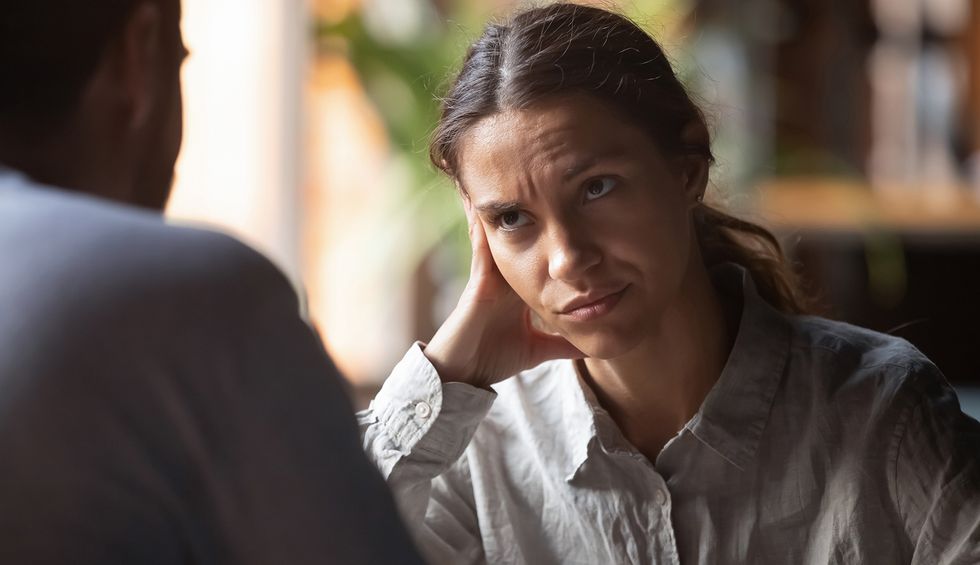 On Tuesday, the Centers for Disease Control and Prevention (CDC) released an annual report revealing that the number of combined reported cases of syphilis, gonorrhea and chlamydia reached a record high last year. Titled "Sexually Transmitted Disease Surveillance Report", the report noted that in 2018, there were more than 2.4 million syphilis, gonorrhea and chlamydia infections combined — an increase of more than 100,000 from the previous year.

The CDC said the rise in newborn deaths caused by congenital syphilis, which is passed from mother to child during pregnancy, is connected to rising syphilis rates among women having children. In a media statement, the CDC encouraged women to get tested for STDs by their health care providers and use protection.

“STDs can come at a high cost for babies and other vulnerable populations,” Jonathan Mermin, M.D., M.P.H., director of CDC’s National Center for HIV/AIDS, Viral Hepatitis, STD, and TB Prevention, said. “Curbing STDs will improve the overall health of the nation and prevent infertility, HIV, and infant deaths.”

While the CDC did not explicitly state it, STI testing is becoming harder to come by for vulnerable populations because free test clinics — including some Planned Parenthood clinics — are being defunded by Trump administration policies. Ironically, the Trump administration's pro-life policies have put newborn babies at a higher risk for death. Indeed, the Trump administration’s policy decision to cut off Title X funding to health care centers that provide abortion care is resulting in the closing of clinics that don’t offer abortion services, but do offer STD testing.

“While we’ve been battling sky-high STI rates, [Republican] politicians...have spent years relentlessly working to chip away at Ohioans’ reproductive health care,” Kersha Deibel, the president and CEO of Planned Parenthood Southwest Ohio Region, told Vice in September. “This is the world they want to see: one where women lose access to birth control, where information about how to access abortion is held hostage, and where, if you don’t have money, it’s almost impossible to access an STI test or a cancer screening.”

According to the CDC report, defunding public programs is merely one part of a larger problem. The Center said data suggests there are multiple issues at play: reduced access to STD prevention due to drug use, poverty, and stigma; decreased condom use among gay and bisexual men; and cuts to STD programs at the state and local levels.

“In recent years, more than half of local programs have experienced budget cuts, resulting in clinic closures, reduced screening, staff loss, and reduced patient follow-up and linkage to care services,” the CDC said.

Congenital syphilis can be prevented, but requires testing a pregnant woman for syphilis right away. If tested positive, they can be treated with antibiotics.

As reported by Olga Khazan in The Atlantic, defunding public programs has been going on for over a decade. Since the 2008 recession, local health department workforces have shrunk.

“That makes it harder for officials to follow pregnant women to be sure they’re getting their antibiotic doses, or to reach out to doctors and community leaders to raise awareness about the rise of syphilis,” Khazan wrote. “And the overall lack of funding means many health departments can’t pay for all the tests and medications they need to catch other types of STDs.”

Astonishingly, syphilis was close to being eliminated in 2000. Since the recession, some programs were cut because STDs weren’t seen as such a threat, but many of the cut programs didn’t have their funding restored post-recession. Compounded with newfound resources flooding other initiatives, like the Trump administration’s federal budget supporting abstinence-only programs, STD prevention programs have few resources now. According to the National Coalition of STD Directors, more than half of local STD programs have experienced budget cuts.

“We cannot be shortsighted. We will not end the HIV epidemic on the back of an exploding STD epidemic. Achieving our goal of ending HIV will require a paradigm shift in how we operate – one that includes STD prevention and care and broader sexual health promotion,” Harvey said.

Alyssa Lederer, PhD, MPH, MCHES, an Assistant Professor in the School of Public Health and Tropical Medicine at Tulane University, told Salon in an interview there are additional barriers Americans face when it comes to STI prevention, such as access to healthcare and stigma.

“The fear of a positive result, the misinformation — chlamydia gonorrhea and syphilis are easily curable,” she said. Lederer added with the appropriate funding, public health institutions could prioritize where to invest resources.

Yet when reports like this one from the CDC are published, while it is meant to raise awareness, it can often perpetuate the stigma, Jenelle Marie Pierce, Executive Director of TheSTDProject.com and Spokesperson for PositiveSingles.com, told Salon in an email.

“Using language like ‘skyrocketing,’ ‘devastating,’ and ‘astronomical,’ for example, is fear-mongering, and it only serves to further stigmatize STIs by extrapolating one component of a giant report without including thoughtful analysis, supportive resources, or content that moves the conversation around STIs forward," she wrote. “Undiagnosed and untreated STIs can have a tragic impact on mothers and infants, and one of the primary ways to reverse those tragic outcomes is through testing advocacy and initiatives — but if we keep fear-mongering the public, folks won't get tested, so we're stymieing our efforts before they even begin, and that's probably the most disheartening point of all.”