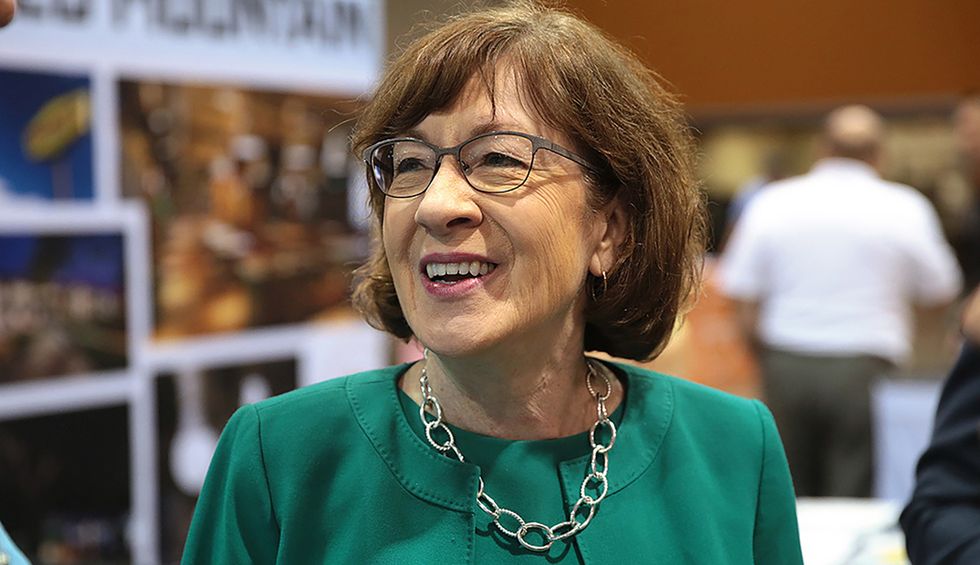 Sen. Susan Collins’ decision to vote in favor of U.S. Supreme Court Justice Brett Kavanaugh’s confirmation in 2018 is one of the main things that her Democratic opponent in the 2020 election will use against her. And Collins’ supporters, according to The Intercept, has given that opponent some words to use against her: a GOP fundraiser in which she is exalted as “the hero of the Kavanaugh confirmation” in an invitation.

The fundraiser is being held on Wednesday in Orange County, California at the Pacific Club and is being hosted by the Lincoln Women’s Leadership Committee. Tickets for a private reception cost $500, and seats at the head table during the lunch cost $1000. The Lincoln Women’s Leadership Committee is part of the Lincoln County Club of Orange County, which is an alliance of wealthy Republican donors. Before California became so heavily Democratic, Orange County — located south of Los Angeles and north of San Diego — was a hotbed of Republican politics.

According to The Intercept, the Wednesday fundraiser will be closed to the press. But the website found out about Collins being billed as “the hero of the Kavanaugh confirmation” after viewing a copy of the invitation.

At the fundraiser, Collins will be introduced by former Republican Rep. Mimi Walters, who was voted out of office in 2018 and replaced by Democratic Rep. Katie Porter. The fact that Porter achieved a victory in that district in Orange County was a political shocker in light of how famously Republican that county once was. In the 1980s, Democrats in Los Angeles County jokingly referred to Orange County as “behind the Orange Curtain.”

To critics of Kavanaugh — who was bombarded with allegations of sexual abuse during his confirmation hearings last year — Collins’ decision to vote for him is anything but heroic. And she is considered one of the Senate’s most vulnerable GOP incumbents for 2020, along with Colorado Sen. Cory Gardner.

In order to retake the Senate next year, Democrats will need to flip four GOP-held seats while keeping all of the seats they are defending.