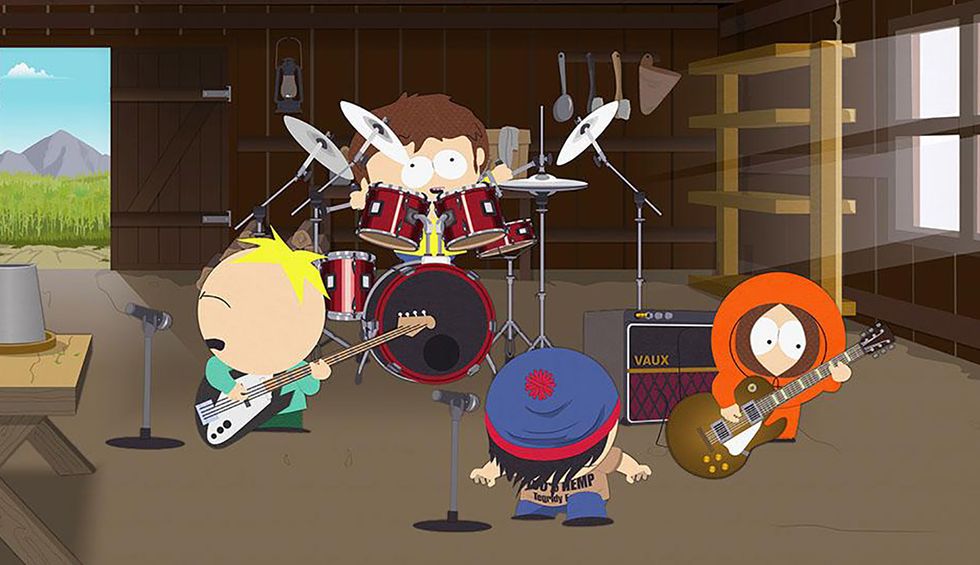 It appears as though last week’s “South Park” episode “Band in China” has caused that show to be actually banned in the Asian country.

Chinese government censors have scrubbed every episode, clip and even reference to the popular Comedy Central show from streaming services, social media and fan pages, according to The Hollywood Reporter. The site found that threads and sub-threads related to “South Park” on Baidu’s Tieba, previously China’s largest online discussions platform, have been rendered nonfunctional. The show is also not mentioned in billions of posts on Weibo, the country’s Twitter-like social media service, and all links to the show on the streaming service Youku are now dead.

It is likely that Comedy Central anticipated this response, given how the episode lampooned China’s habit of censoring Western media properties that do not conform with the political agenda of its authoritarian government. The episode drew particular attention to the government’s censorship of Winnie the Pooh after memes went viral in China comparing the physical appearance of the fictional teddy bear to that of Chinese President Xi Jinping.

“South Park” creators Trey Parker and Matt Stone responded to the ban with a sarcastic apology ridiculing the Chinese government.

"Like the NBA, we welcome the Chinese censors into our homes and into our hearts," Parker and Stone wrote in a statement. "We, too, love money more than freedom and democracy. Xi doesn't look like Winnie the Poo [sic] at all. Tune into our 300th episode the Wednesday at 10 p.m. Long live the great Communist Party of China. May the autumn's sorghum harvest be bountiful. We good now, China?"

In the episode in question, South Park resident Randy Marsh visitsChina to try to sell marijuana from his Tegridy Farms. While there, he learns that in order to be granted access to China’s lucrative marketplace, he has to compromise his own values along with various Marvel superheroes, Disney characters, NBA players and Star Wars icons.

In the episode’s B plot, Randy’s son Stan forms a successful death metal band and faces pressure to compromise his values in order for his biopic to be distributed to a Chinese audience. The episode also shows Mickey the Mouse appearing in China to berate various Disney-owned properties for not being sufficiently cooperative with the Chinese government. Stan has a Chinese censor look over his shoulder while he works on a script, prompting the character to remark, “Now I know how Hollywood writers feel.”

This is not the first time that “South Park” has stirred up censorship-related controversy. In 2010, they released an episode which attempted to physically depict the Prophet Muhammad, who some Muslims do not believe should be illustrated, in spite of the threat of violence from a radical group in New York named Revolution Muslim. The Prophet Muhammad was censored with a black box, and according to the “South Park Studios” website, “after we delivered the show, and prior to broadcast, Comedy Central placed numerous additional audio bleeps throughout the episode.”

Click here to read Salon's review of "Band in China."