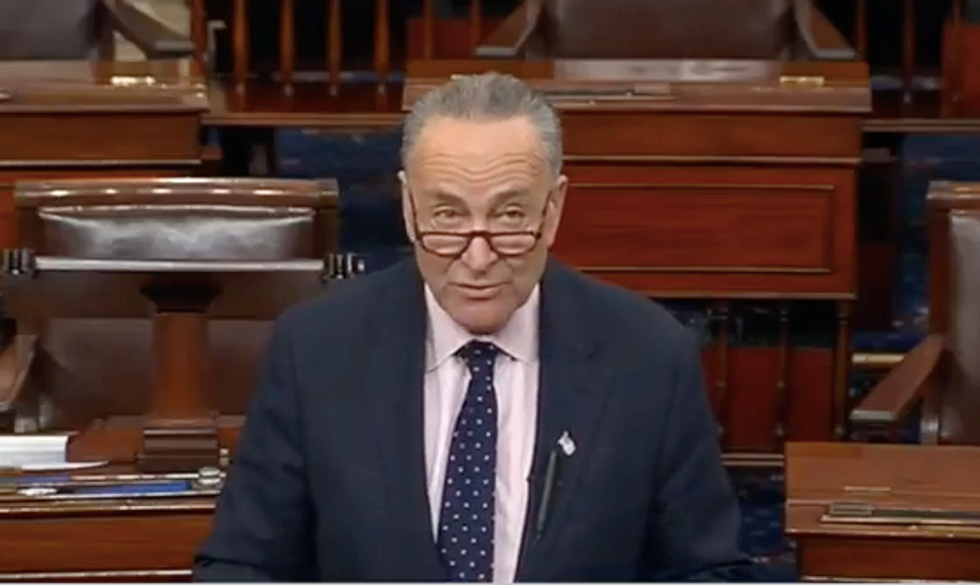 "In light of the continued efforts of Russia to undermine American Democracy, IRS must use its full authority to prevent foreign adversaries from again exploiting tax-exempt organizations to undermine American interests," Wyden and Democratic Senate Leader Chuck Schumer wrote to the IRS. "It is incumbent on the IRS to fully investigate the organization's activities to determine whether the NRA's tax exemption should be disallowed."

They are asserting that the gun lobbying group should not have status as a "social welfare" organization, as the Senate investigation found that it violated restrictions placed on it as a non-profit by making money off its activities. The committee investigation found that top officials used membership dues to help Maria Butina and Alexander Torshin insinuate themselves into right-wing circles on behalf of Russia.

It's a damning report, as Laura Clawson writes, finding that "when Butina asked which U.S. politicians she would be able to meet at NRA events, NRA staff quickly handed over a list, and 'NRA resources appear to have been used to pay for membership and registration fees to third party events for [Torshin and Butina] as well as to arrange for transit to and lodging for many of those events throughout 2015 and 2016.'"

The NRA is also the subject of a Federal Elections Commission complaint alleging it provided illegal campaign assistance in the 2014 and 2016 campaigns of Republican Sens. Cory Gardner, Thom Tillis, Tom Cotton, and Ron Johnson. The first three are up for re-election in 2020, and at least two of them definitely don't want to have to defend this on the campaign trail.

Pushing to scrutinize the NRA is a smart move by Democrats, not just morally but politically. Support for gun safety efforts is, for the first time in months and months, sustained at a level reached right after the Parkland shooting. Following that shooting, and those that preceded it, that support always faded. After the quadruple blows of Gilroy, El Paso, Dayton, and Odessa-Midlands, that support isn't fading. It's holding steady. This is a salient issue for voters, and one that Democrats have to keep pushing.