Republicans ask why they 'are we the ones who have to defend' Trump? Here's a thought: Don't 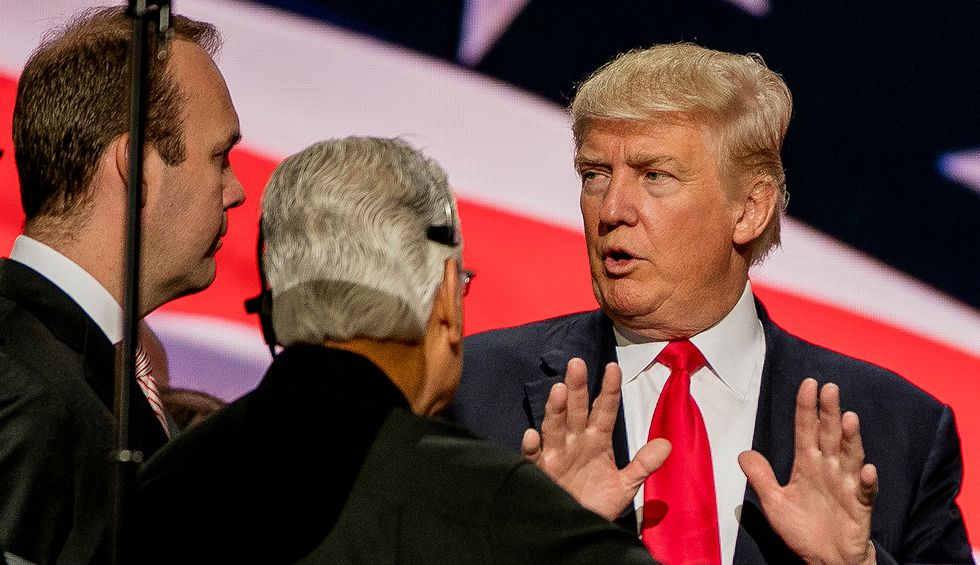 Donald Trump’s behavior is making congressional Republicans very unhappy. Being congressional Republicans, they’re more upset that Trump isn’t running an effective defense against impeachment or giving them really good talking points to defend him than that he did blatantly impeachable things, but hey, any wedge between Trump and other Republicans is a good wedge. CNN’s unhappy-Republicans story is based on interviews with “concerned GOP sources -- more than half a dozen, including some in leadership who are talking to and hearing from the rank and file,” so this is a fairly widespread case of nerves. What are they saying?

A “congressional GOP source” asked CNN, “There is no White House war room. Why are we the ones who have to defend him?” Asked another, “How can we defend his threatening whistleblowers?” Answer: Guys, you don’t. You don’t actually have to defend things you find it difficult to defend. That’s a classic gut-check: If I don’t feel comfortable defending something, maybe that’s because it’s wrong.

Trump is “taking it upon himself to tweet about every shiny object,” which is “not helpful right now,” said a “source involved in Senate GOP discussions.” Yeah, and that’s how it’s going to be until Trump loses the physical ability to grasp a phone, type, and hit send. Get used to it, and perhaps give some thought to what Trump’s choices of “shiny object” tell you about him.

These are the whines of people who know it’s wrong but aren’t ready to give up on embracing the wrongness. So far, they just want bad things to be done more competently. We’ll enjoy all the whining, but what would be really great is if congressional Republicans would decide to quit whining and start doing what at least some of them obviously know to be the right thing.