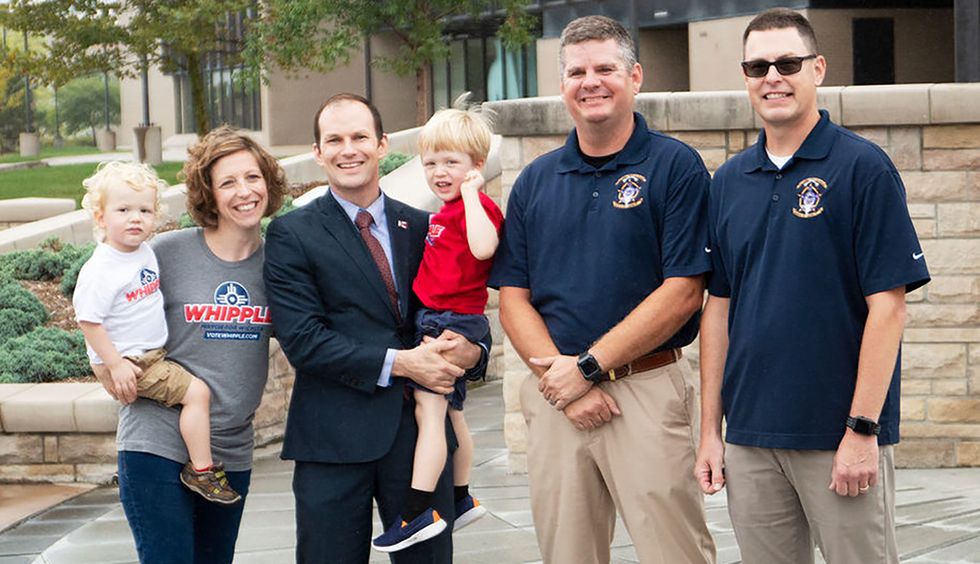 Republican shadow organizations just don’t know where to stop.  A Republican organization out of New Mexico took to the airwaves to try and protect current Republican Mayor Jeff Longwell. They did so by charging state house representative Brandon Whipple with sexual harassment. The problem? The person described in the ad was NOT representative Whipple. It was, in fact, a Republican State Senator.

The Wichita Eagle picks up some of the rest:

A young Wichita woman says she feels she was misled into making a false campaign ad targeting Wichita mayoral candidate Brandon Whipple — an ad she says was produced by a young video entrepreneur who The Eagle has learned shares an office with a Wichita City Council member and a Republican state legislator.

The college-age actress said she was paid $50 to read a script of allegations that was later cut together into an anti-Whipple campaign commercial posted on YouTube and Facebook.

The ad, which portrays Whipple as someone involved in sexual harassment — something that never happened — was recorded in shared office space with GOP Representative Michael Capps, a legislator who was tied to potential child abuse and strange behavior that the GOP cut ties with him 2018. KCUR covers that story:

The Kansas Republican Party is cutting ties with state Rep. Michael Capps of Wichita after it was revealed that Capps was found guilty of child abuse last year.

A letter from the party released Friday said it asked Capps earlier in the week to withdraw from the race to keep his seat representing House District 85. The district covers parts of east Wichita.

"Unfortunately, he has chosen to remain a candidate," the letter said. "Mr. Capps has been made aware that his decision to stay in the race is not supported by the Kansas Republican Party."

When it comes to the smear campaign against Representative Whipple, however, the use of a 2017 story by the Kansas City Star flips the party and chamber of those accused — Whipple is a member of the House, and those accused by interns were Republican State Senators.

The claims have been called slanderous by Rep. Whipple’s attorney, who has filed a lawsuit in regards to this matter.

Republicans hope the damage has already been done. By making a claim — one they knew to be false — and using young women to provide voice to it in a Youtube video, they have followed in the footsteps of national Republicans who will stoop to absolutely any level — including attacking a man and his family — because the ends justify the means.

It is time for those involved to offer an apology and admit they were wrong. But that kind of accountability doesn’t exist in a party where a child abuser can end up in the state legislature and create ads like this with impunity.