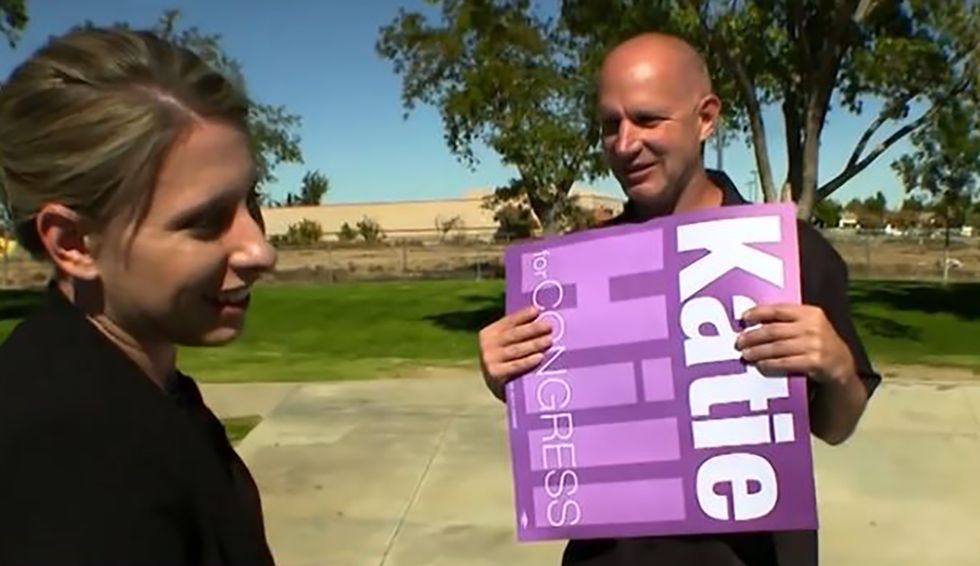 “With a broken heart,” Rep. Katie Hill announced her resignation Sunday after becoming the victim of revenge porn and rumors about affairs with staff. Hill admitted a prior relationship with a campaign staffer but denied a relationship with a congressional staffer, a charge that kicked off a House ethics investigation. The rumors and nude photos of Hill were released by Republican operatives and websites as Hill is in a contentious divorce with a husband she describes as abusive. “This is the hardest thing I have ever had to do, but I believe it is the best thing for my constituents, my community, and our country,” Hill said in her resignation statement.

“This is what needs to happen so that the good people who supported me will no longer be subjected to the pain inflicted by my abusive husband and the brutality of hateful political operatives who seem to happily provide a platform to a monster who is driving a smear campaign built around cyber exploitation,” Hill continued. “Having private photos of personal moments weaponized against me has been an appalling invasion of my privacy. It’s also illegal, and we are currently pursuing all of our available legal options. However, I know that as long as I am in Congress, we'll live fearful of what might come next and how much it will hurt. That’s a feeling I know all too well. It’s the feeling I decided to leave when I left my marriage, and one I will not tolerate being forced upon others.”

But Katie Hill is gone, forced out because she couldn’t face the same abuse in her work life she was working to escape in her personal life, because abusive husbands and Republican operatives are a viciously toxic combination, and because the traditional media was all too eager to pile on to a perceived scandal about a (young, female) member of Congress rather than stepping back and realizing that the scandal was in fact a crime: revenge porn. Indeed, as Hill announced her resignation, outlets like CNN were still running headlines having her resigning “amid allegations of improper relationships with staffers.”