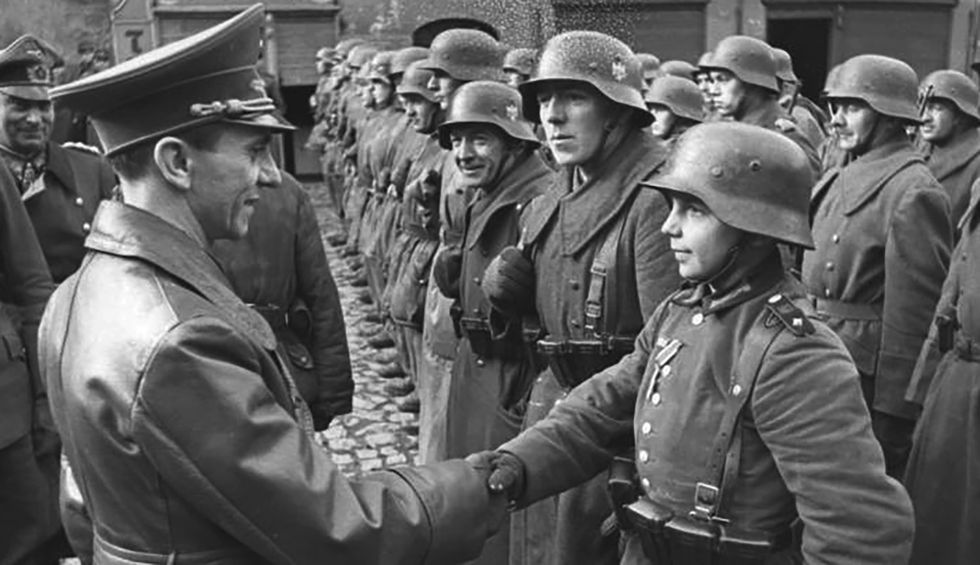 As the 74th UN General Assembly winds down, many commentators are discussing the world-wide rise of nationalism fueled by strongmen leading countries like China, Brazil, India, Turkey, the Philippines, and the United States. Often absent is a discussion of high-tech’s role in supporting nationalistic agendas. Since the dawn of the digital age, nationalism has relied on digital technology.

Nationalism turns on a simple question: Who does, and who does not, belong within a nation? Those who belong have the luxury of safety and security. Those who do not have the burden of barred entry or targeted removal. In the early 1900s, punched card technology was created to count populations to determine who was in a nation, then quickly extended to determine who actually belonged.

In 1928, the Eugenics Record Office at Cold Springs Harbor, New York, under director Charles Davenport, embarked on a study to identify mixed-race individuals on the island of Jamaica for forced sterilization or other population control means. Eugenics, a pseudo-science pursuing a mythically “pure” stock of human beings, sought to cull individuals who did not conform to their Nordic ideal from humanity through measures ranging from forced sterilization to death. Eugenicists loathed mixed-race individuals as pollutants of the human gene pool.

The Jamaica Study required massive amounts of data to be collected, processed and reported.  IBM, newly formed by Thomas J. Watson, had just what Davenport needed. IBM engineers worked with the ERO to design a punch card format for collecting the information on racial characteristics. They also worked out the details of adjusting sorters, tabulators, and printers to provide the ERO with the output required. Eugenicists worldwide celebrated the Jamaica Study’s success thanks to the support of IBM.(1)

A few years after the Jamaica Study, using remarkably similar punched card formats, Watson offered IBM’s technology to the Third Reich, automating major aspects of Hitler’s war machine — including Luftwaffe bombing runs, train schedules for carrying Jews to camps, and the measures by which Jews were apprehended and exterminated. (2)

In recognition of IBM’s extraordinary service, Hitler created a medal decorated with swastikas, awarded to Watson in 1937. Although Watson returned the medal upon America’s entrance into the war, IBM’s support of Hitler’s regime never ended. (IBM has neither acknowledged its role in the Holocaust nor disputed historical accounts of it.)

After Nazi Germany’s defeat, IBM turned to South Africa, where for decades the company provided computer technology to help classify and segregate South Africa’s population, producing the passbooks and the database storage designs for the separation and brutal subjugation of black South Africans. (3)

Later, in the aftermath of 9/11, the New York City Police Department created a massive closed-circuit television surveillance center with feeds from thousands of cameras placed around the city. IBM secretly used NYPD camera footage of thousands of unknowing New Yorkers to refine its facial recognition software to search for and identify people by “hair color, facial hair and skin tone." (4)

But IBM is no longer alone. Major high-tech firms are now engaged in support of nationalism often under the guise of public safety and national security. Facial recognition has supplanted punched cards and passbooks as the technology of choice for determining who does and who does not belong within a nation.

In September 2019, Never Again Action, a Jewish peace group, marched from a Holocaust memorial in Boston to Amazon headquarters in Cambridge, Massachusetts, demanding Amazon cease supplying facial recognition technology for use at US borders, and citing IBM’s involvement in the Holocaust.

Technology like Facebook and Twitter can now identify and virtually remove individuals and groups from a nation as the Russian Internet Research Agency (IRA) demonstrated in 2016. (5) The Pew Research Center reported that black voter turnout declined sharply in the 2016 presidential election for the first time in twenty years. More troubling, voter turnout increased among millennials with the exception of black millennials, targeted by IRA, whose turnout actually decreased by nearly 6 percent.(6) Strongmen understand that social media is the new means of media manipulation and population control, which they use effectively and aggressively in support of their nationalistic agendas.

Digital technology slips under the radar of public awareness. When companies that profited from Hitler’s regime were hauled before US Courts and international tribunals, IBM escaped detection or prosecution. It is fairly easy to understand how Ford’s vehicles might assist Germany’s war effort, much less so a company making punch cards and equipment to read them. Those who do understand have a responsibility to raise our voices against technology in support of nationalism, or risk a coming dystopian future.