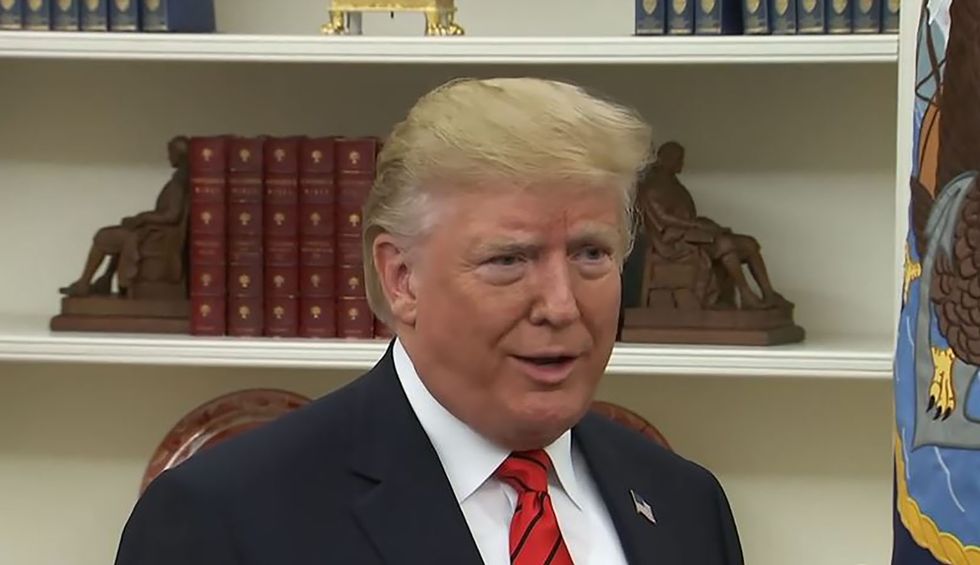 In the wake of reports that “hundreds” of ISIS prisoners may have escaped from a detention camp in northern Syria as US-allied Kurds were distracted by Turkey’s invasion, President Trump took to Twitter and claimed that some of the prisoners may have been released by the Kurds themselves, in what he says was an attempt to get the US involved in the conflict.

“Kurds may be releasing some to get us involved,” Trump tweeted this Monday morning. “Easily recaptured by Turkey or European Nations from where many came, but they should move quickly. Big sanctions on Turkey coming! Do people really think we should go to war with NATO Member Turkey? Never ending wars will end!”

But according to a senior White House official who spoke to ForeignPolicy.com’s Lara Seligman, “there’s no evidence the Kurds released ISIS prisoners.”

“That has enraged our forces in Syria,” the official said, adding that Trump’s tweet was an incredibly “reckless and dishonest thing to say.”