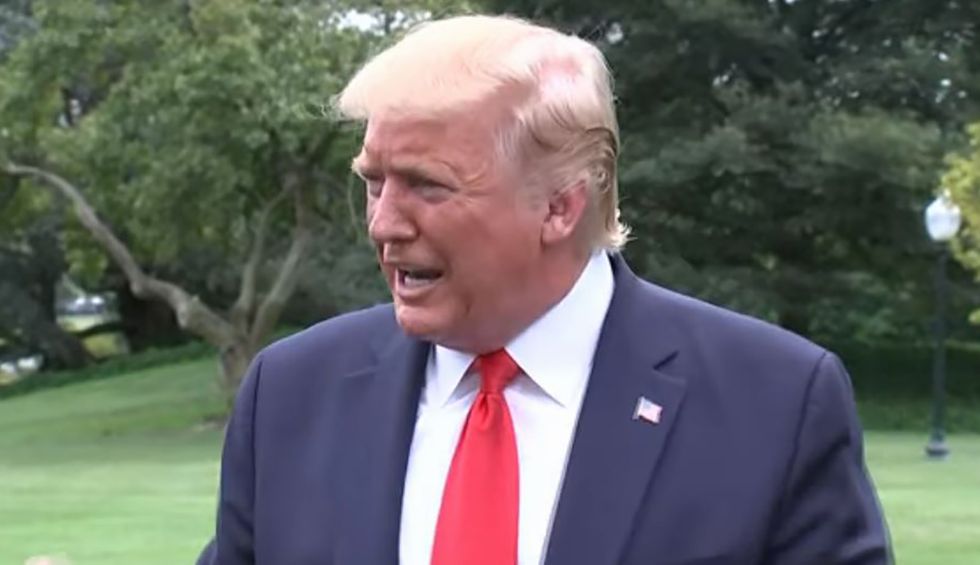 House investigators are looking into allegations that groups, including at least one foreign government, paid for rooms at President Donald Trump’s hotels but never actually stayed there.

That probe is part of the House Oversight Committee’s broader investigation into whether Trump broke the law by accepting money from U.S. or foreign governments at his properties, reported Politico.

The committee learned that a trade association and a foreign government booked a large number of rooms but used only a few of them, according to a person familiar with the allegation.

“Now we’re looking at near raw bribery,” said Rep. Gerry Connolly (D-VA), an Oversight Committee member who chairs the subcommittee with jurisdiction over Trump’s hotel in Washington. “That was the risk from day one — foreign governments and others trying to seek favor because we know Trump pays attention to this.”

“It’s an obvious attempt to curry favor with him,” the lawmaker added.

The emoluments clause in the U.S. Constitution prohibits elected officials, including the president, from profiting from foreign governments or receiving money beyond their salary from the U.S. government.

Rep. Ro Khanna (D-CA), another Oversight Committee member said the president and his staff could have broken the law if they solicited the hotel reservations, but he said there’ still a problem even if they didn’t.

“If true, at minimum this suggests there is a culture of corruption that the administration has created,” Khanna said. “There’s a sense that to curry favor you have to engage in pay to play. That’s exactly what the American people hate about Washington.”