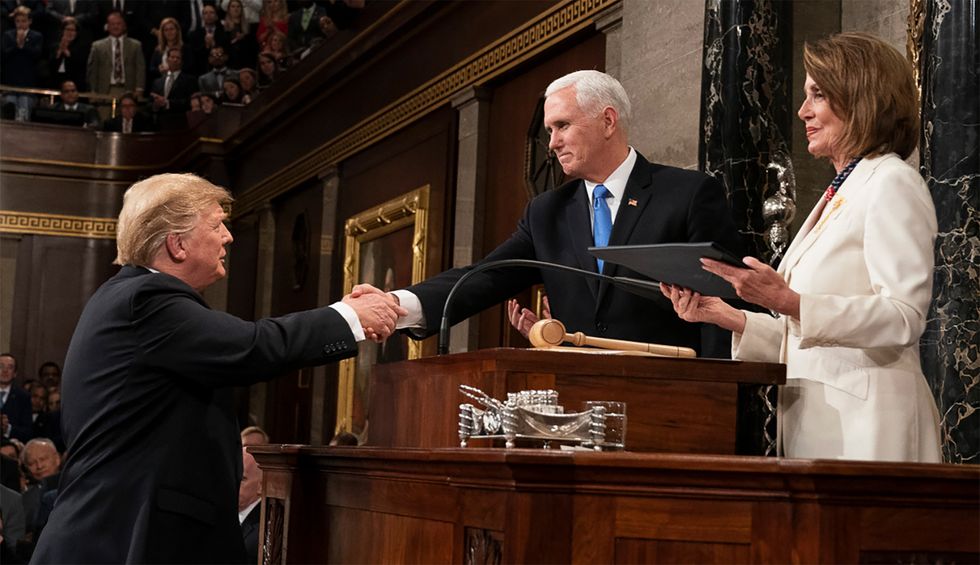 In a column for the Washington Post, Pulitzer Prize-winning columnist Kathleen Parker sarcastically pointed out that President Donald Trump’s attack on former Vice President Joe Biden has boomeranged back on him in the form of an impeachment inquiry — and the president richly deserves it.

Parker did not let Biden and his son Hunter off the hook, saying it was obvious that the former veep’s son was trading on his famous last name to enrich himself — but she then noted that wasn’t a crime and what Trump is doing is.

“So far, no strong evidence has emerged that the Bidens did anything wrong, but the optics aren’t pretty for Joe or his son. Perhaps Hunter was just naive (or proud) enough to believe that he was tapped for the Burisma board on his merits,” she wrote. “Maybe he really believed that his father, as vice president of the United States and the point man for the Obama administration’s Ukrainian policy — pushing for increased gas production while withholding monetary backing until Shokin was fired — had nothing to do with anything at all.”

“Perception is everything in politics,” the conservative columnist explained. “Depending upon one’s politics, Trump’s leveraged ‘favor’ may not seem any worse than Biden’s threat to withhold loan guarantees essential to Ukraine’s developing a budget until another official was fired.”

“But there is a difference. What Biden sought had international backing, and the loan guarantees were always tied to anti-corruption measures. What Trump sought places our global diplomatic positioning in jeopardy and Ukraine’s future in peril,” she continued. “By Trump’s abuse of power — and his entreaty to other countries, including China, to join our political fracas — he may have invited criminal prosecution and impeachment.”

“Couldn’t happen to a nicer guy,” she concluded, getting in a last dig at Trump.