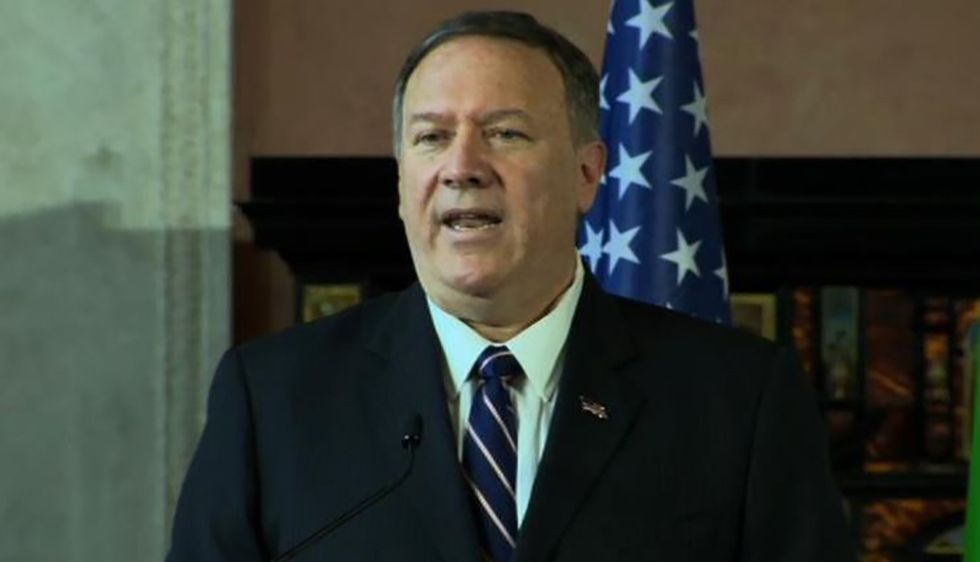 Last week Secretary of State Mike Pompeo told ABC News’ Martha Radditz he had no knowledge of the call between President Donald Trump and the president of Ukraine.

On Wednesday, while speaking to reporters in Italy, Pompeo admitted he was in the room during the damning call.

“I was on the phone call,” Pompeo said, as CNN reports.

When asked if he had heard anything inappropriate, he once again dodged.

“I’d been a secretary of state for coming on a year and a half. I know precisely what the American policy is with respect to Ukraine. It’s been remarkably consistent, and we will continue to try to drive those set of outcomes,” he claimed, not answering the question at all.

Pompeo is on a trip to try to convince foreign officials to help the Trump administration discredit the FBI and CIA investigations into President Trump, including but not limited to the Mueller investigation. He was accompanied by former Trump White House official Dr. Sebastian Gorka, a conspiracy theorist with neo-Nazi ties.