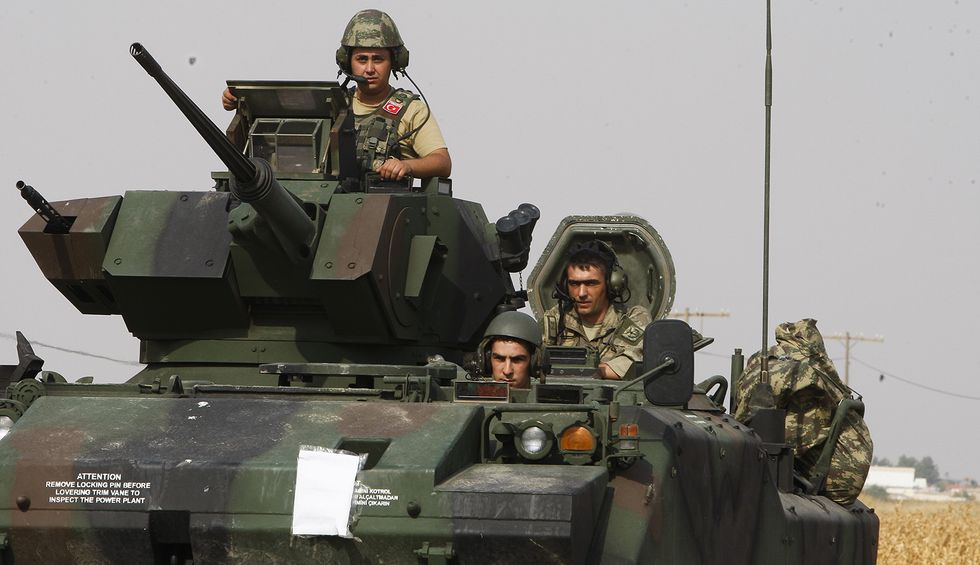 President Donald Trump tweeted Sunday that he is "bringing soldiers home" from Syria as Turkey continues its deadly military operation there, but Pentagon chief Mark Esper undermined the president's declaration by confirming that U.S. forces are simply moving to another site of endless war—Iraq.

American troops "aren't coming home and the United States isn't leaving the turbulent Middle East, according to current plans outlined by U.S. Defense Secretary Mark Esper before he arrived in Afghanistan on Sunday," the Associated Press reported. "The fight in Syria against [ISIS], once spearheaded by American allied Syrian Kurds who have been cast aside by Trump, will be undertaken by U.S. forces, possibly from neighboring Iraq."

Esper told reporters that he has spoken to Iraqi leaders about the administration's plan to move around 1,000 American troops from Syria to Iraq, where 5,000 U.S. soldiers remain stationed 16 years after the George W. Bush administration's catastrophic and illegal invasion.

Reuters reported early Monday that it spotted "more than 100 vehicles" crossing into Iraq from northeastern Syria.

Trump, either unaware of or deliberately lying about the destination of U.S. forces, tweeted an update Sunday that he attributed to his defense secretary, who he misnamed "Esperanto."

"The ceasefire is holding up very nicely. There are some minor skirmishes that have ended quickly," Trump said in a tweet that has since been deleted and replaced by a similar message. "New areas being resettled with the Kurds. USA soldiers are not in combat or ceasefire zones. We have secured the oil. Bringing soldiers home!"

Rep. Pramila Jayapal (D-Wash.), co-chair of the Congressional Progressive Caucus, said in response to the president's tweet, "We simply cannot believe anything the Trump administration says—and neither can our allies."

News that the Trump administration is shifting American forces from Syria to Iraq rather than returning them to the U.S. comes just two weeks after the Pentagon ordered 1,800 troops to Saudi Arabia, a move critics said put the lie to the president's claim that he is attempting to end perpetual wars.

"Remember when Donald Trump tweeted that he was 'trying to end the endless wars?' That was yesterday," Sen. Bernie Sanders (I-Vt.), a 2020 Democratic presidential candidate, said at the time. "Today he's sending thousands of troops, warplanes, and missiles to his dictator friends in Saudi Arabia to escalate military tensions with Iran."