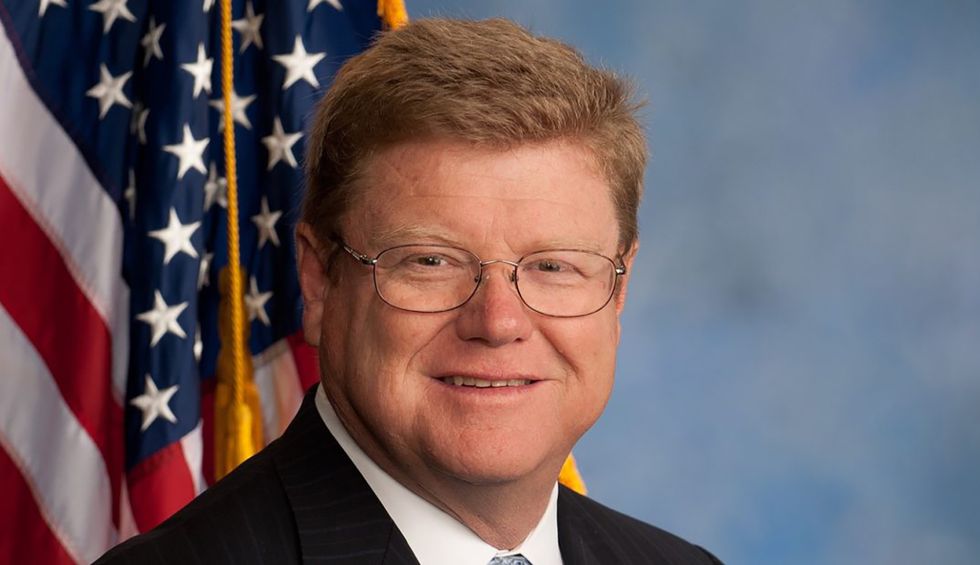 Rep. Mark Amodei of Nevada is far from a Never Trump conservative: the Nevada Republican is the chairman of President Donald Trump’s reelection campaign in that state. But some Trump supporters are so hypersensitive that Amodei is coming under fire from Republican leaders for making tepid comments about impeachment.

Amodei, according to the Associated Press (AP), was asked about Democrats launching an impeachment inquiry in the U.S. House of Representatives and responded, “Let’s put it through the process and see what happens.” The GOP congressman is also quoted by AP as saying, “I’m a big fan of oversight; so, let’s let the committees get to work and see where it goes.”

Amodei wasn’t forcefully attacking Trump like NeverTrump conservatives such as MSNBC’s Joe Scarborough and GOP strategists Rick Wilson and Ana Navarro, but he wasn’t lambasting Democrats either — and in the minds of Trump sycophants, Amodei has committed a cardinal sin. On his Facebook page, the congressman is being angrily attacked by Trumpistas as a “RINO” (Republican In Name Only) and a “traitor.”

The backlash over Amodei’s tepid remarks led to phone conversations with House Minority Leader Kevin McCarthy as well as Rep. Steve Scalise of Louisiana and White House Chief of Staff Mick Mulvaney — and the congressman was obviously in damage-control mode when he stated, “In no way, shape or form did I indicate support for impeachment.”

This isn’t the first time GOP leadership has bullied Amodei into submission. Although conservative and a Trump supporter, Amodei has, on occasion, shown an independent streak. In 2017, for example, Amodei initially opposed Republican efforts to repeal the Affordable Care Act of 2010, a.k.a. Obamacare, asserting that the GOP’s ACA replacement bill would gut Medicare funding in his state. But when Republicans turned up the heat, Amodei caved into the pressure and — unlike the late John McCain in the U.S. Senate — voted to repeal the ACA.

Logan Tucker, an Amodei spokeswoman, told AP that the Nevada congressman is “a process guy that doesn’t get into ‘inside-the-beltway’ word semantics. From any logical standpoint, ‘inquiry,’ ‘process’ and ‘fact finding’ are interchangeable.”