‘My most disturbing day in Congress’: Democrat leaves US diplomat’s hearing shaken by Ukraine testimony 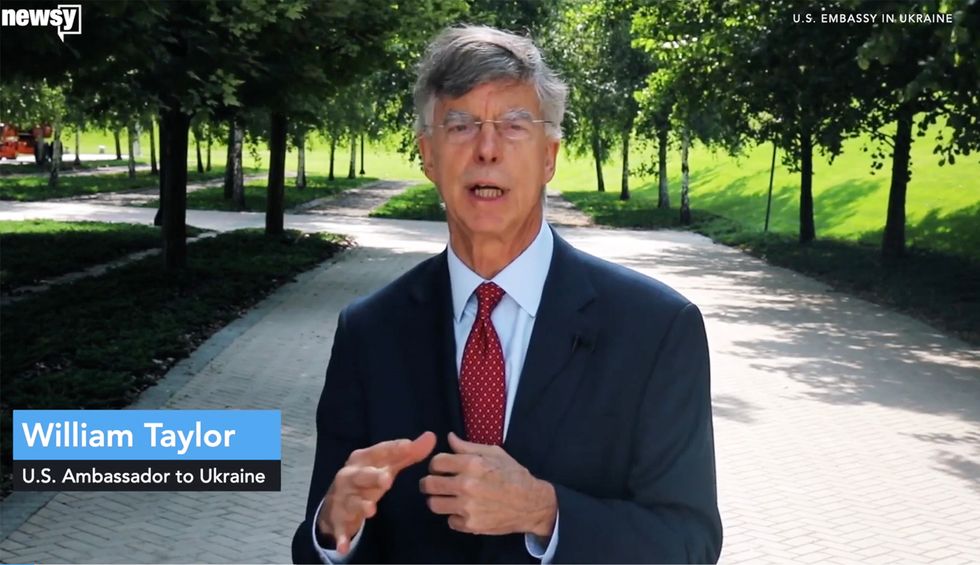 The US diplomat who protested against President Trump’s pressuring Ukraine to investigate a political rival in exchange for military aid is testifying on Capitol Hill today in a closed-door session. According to reports, Taylor, who was the top American diplomat in Ukraine after Trump’s ouster of Ambassador Marie Yovanovitch, is expected to be questioned by House investigators on what he thinks Trump’s motives were in trying to orchestrate a quid pro quo with Ukraine’s government.

While details on Taylor’s exact testimony are still unknown, Fox News reporter Chad Pergram suggested in a tweet this Tuesday that Taylor is already confirming Democrats worst fears. One of those Democrats, Rep. Andy Levin (MI), was overheard saying, “It’s only noon and this is my most disturbing day in Congress so far.”

“As I said on the phone, I think it’s crazy to withhold security assistance for help with a political campaign,” Taylor wrote in a September 9 text message to former U.S. Special Representative for Ukraine Kurt Volker and Gordon Sondland, the U.S. ambassador to the European Union.