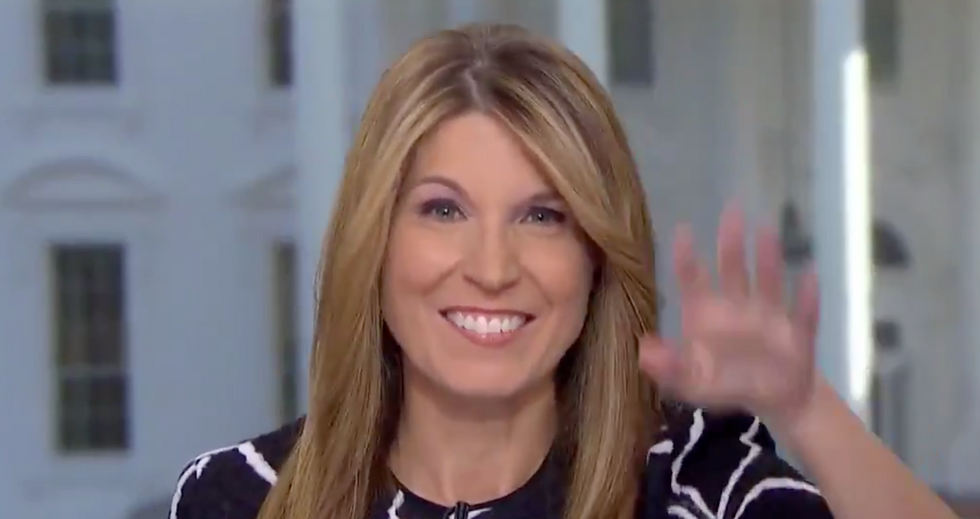 MSNBC's Nicolle Wallace and the panel on her show "Deadline: White House" erupted in laughter Thursday as she tried to read through President Donald Trump's angry tweet about Fox News' polling.

Despite the network's conservative ideology, Fox's polling has long been top-notch — meaning it's never been that good for Trump. And this week, the network came out with stunning new numbers showing 51 percent of Americans favor impeachment and removal of the president in the wake of the Ukraine scandal.

And when Wallace tried to read through his tweets on her show Thursday, she couldn't get through the first few sentences without cracking up.

"I'm not reading the rest!" she said. "Let's just quit while we're ahead, folks."

But aside from the absurdity of the president's reaction, NBC News op-ed contributor Raul Reyes noted that the polls really are scary for the president.

"I am just amazed at how quickly the question, just the polling has gone to: Do you support an impeachment inquiry? To — at lightning speed, it seems —to impeachment and removal," he said. "So just the idea that so many people so quickly are getting on board with the idea of removal — that is astonishing."