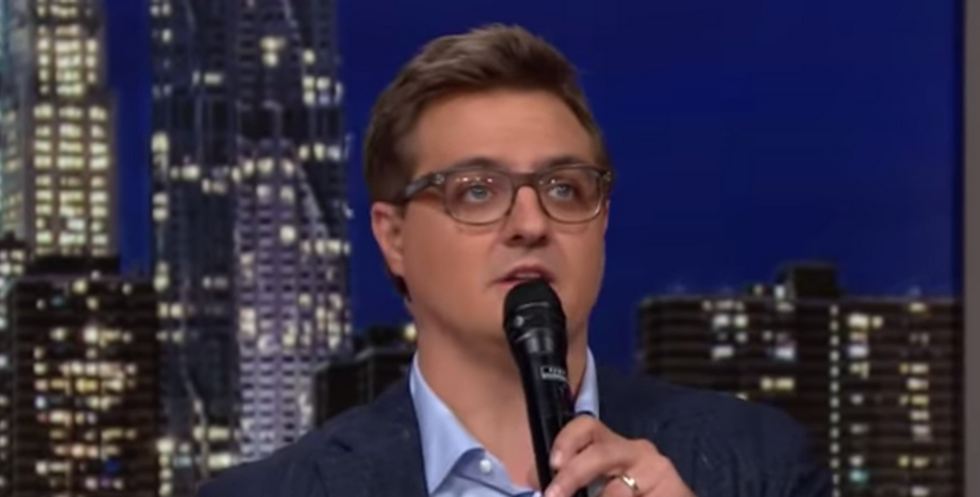 Issuing a harsh rebuke to his own employers for taking "the path of least resistance" by declining to report on allegations of sexual assault against movie producer Harvey Weinstein, MSNBC anchor Chris Hayes on Monday night was widely applauded for taking a different path.

In his closing monologue on his show "All In with Chris Hayes," Hayes compared NBC News executives with hundreds of Republican lawmakers and government officials who refuse to speak out publicly against President Donald Trump amid reports that they privately express grave concerns about his policies and decision-making.

"The insidious destructive force of the path of least resistance is everywhere you look," Hayes said. "Heck, I feel the tug of it myself as my own news organization is embroiled in a very public controversy over its conduct."

But, Farrow suggests in his new book, Catch & Kill, the network refused to air the reporting out, correctly predicting that the Weinstein story would lead to scrutiny of one of its own longtime anchors—former "Today Show" host Matt Lauer.

"In Farrow's view, he was unable to break through what was effectively a conspiracy of silence from NBC News management," Hayes said.

While NBC has claimed Farrow's reporting was not adequately sourced to air, the reporter went on to publish an explosive article in The New Yorker about the Weinstein allegations just two months later.

After leaving NBC News, Hayes said, Farrow was able to do "the kind of journalism that you want to do as a journalist, that everyone who works in this business should want to facilitate."

On social media, Hayes won applause for taking what many media critics called a brave stance against his powerful employer.

Good on ya @chrislhayes! The “path of least resistance” is exactly why the powerful and connected often escape scru… https://t.co/4Ap5ZC1pmI
— Krystal Ball (@Krystal Ball) 1571140742.0

Journalism professor and media critic Jay Rosen wrote that Hayes's statement could mark the beginning of a reckoning at NBC—through a possible change in leadership or an independent investigation into Farrow's departure from the network.