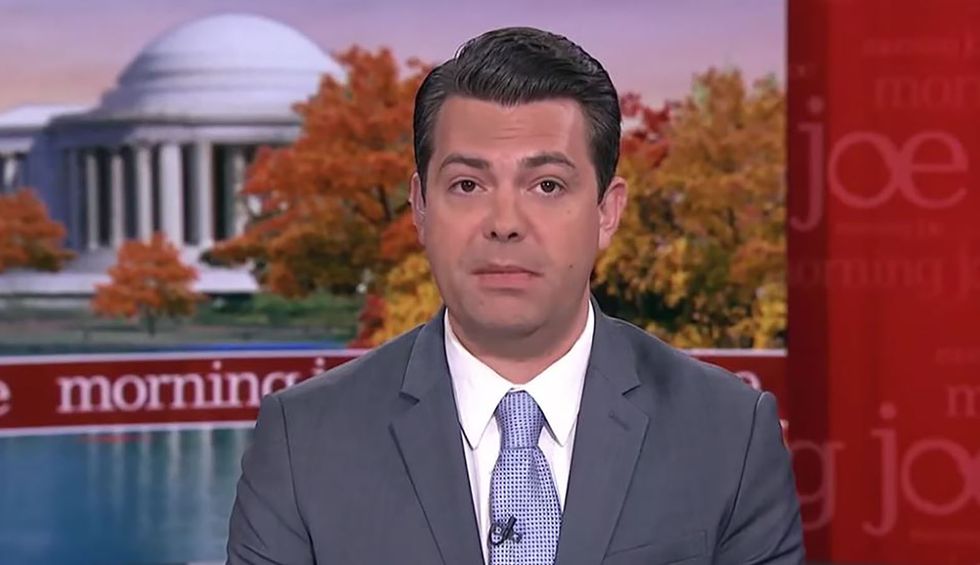 The “Morning Joe” contributor argued that those numbers reflected the president’s approval rating and would not exert any pressure on congressional Republicans, but instead place greater pressure on Democrats to make their case for impeachment

“Noah, what case?” Scarborough said. “You’ve been shocked by — what case, though? You’ve been shocked by what’s happened. I don’t understand. You’re saying they have to make — Donald Trump has made the case, he makes in front of banks of cameras. This isn’t ‘who met at a secret meeting in Trump Tower in June of 2016?’ He’s asking our enemies to actually dig up dirt on domestic opponents. So what case do they have to make?”

Rothman said the 2020 election put Democrats in a precarious position, because they had to make the case for impeachment while also talking about the policies their primary voters care about.

“There’s no come-to-Jesus moment happening for Republicans,” Rothman said. “They have to explain why this is a very serious impeachable offense deeming removal from office, upending the 2020 election (and) an extraordinary constitutional remedy, and they cannot do that while also at the same time saying, ‘We have to talk about prescription drug pricing, too.'”

Co-host Mika Brzezinski cocked her head in confusion, as Rothman continued to lay out his argument that Democrats faced greater pressure in impeaching a historically unpopular president amid an election campaign.

“It’s important to talk about healthcare and the climate and all these other sundry issues which are very important, very critical to the Democratic agenda, but nowhere near as critical as explaining why a constitutional remedy reserved for the most extraordinary circumstances is merited in this case,” he said. “If they do make those two cases simultaneously, they will make both of them badly, and give Republicans an excuse to say why this is not the earth-ender, shattering moment that Democrats claim it is.”

Rothman conceded that Trump had committed an impeachable offense, but he said Democrats had not yet explained why the president should be removed from office — and MSNBC contributor Mike Barnicle agreed that lawmakers already had all the evidence they needed.

“All they would have to do is show yesterday’s press availability as he stood alongside the president of Italy and basically rewrote history, current and past, and basically said ISIS is okay, they’re not a big threat to us, they’re 7,000 miles away,” Barnicle said. “Because the Midwest, places like Missouri, places like Ohio, Indiana, Wisconsin, Minnesota — those are the sons and daughters who are going to go fight the next war against ISIS.”

“He made the case yesterday for his incompetence,” Barnicle added. “His threat to the national security is a constant and present danger.”

Rothman said the president’s bizarre behavior was a separate issue from impeachment, and Barnicle immediately fired back.