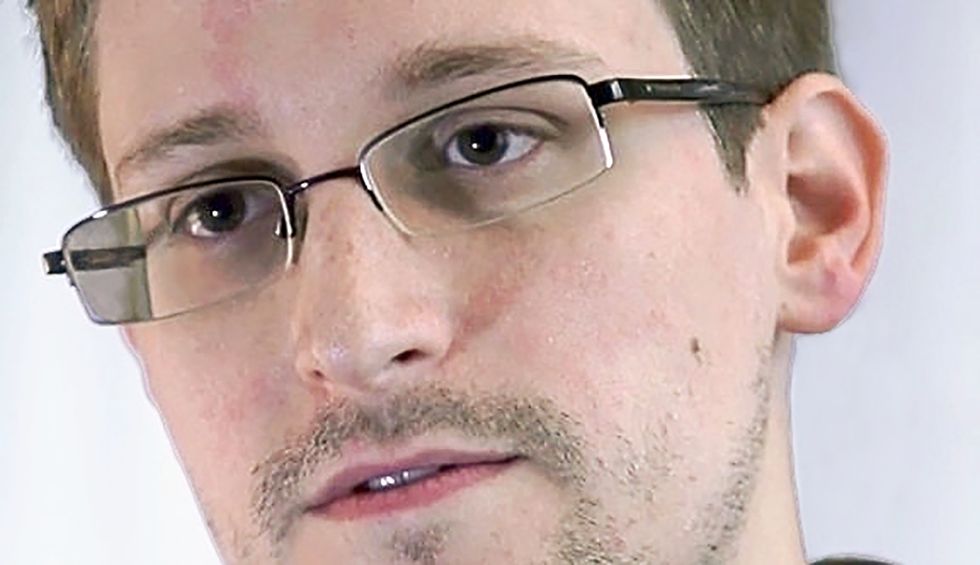 All of a sudden, MoveOn wants to help "national security" whistleblowers.

Well, some of them, anyway.

After many years of carefully refusing to launch a single campaign in support of brave whistleblowers who faced vicious prosecution during the Obama administration—including Army whistleblower Chelsea Manning, NSA whistleblowers Thomas Drake and Edward Snowden, and CIA whistleblowers John Kiriakou and Jeffrey Sterling—MoveOn.org has just cherrypicked a whistleblowing hero it can support.

"The stakes could not be higher for the whistleblower, who took a great personal risk to defend our democracy," MoveOn declared in a mass email Sunday afternoon, referring to the intelligence official who went through channels to blow the whistle on Donald Trump's phone call with Ukraine's president. "We need to have the whistleblower's back."

But what about Manning, Drake, Snowden, Kiriakou, and Sterling, who also took great personal risks on behalf of democracy? With its digital finger to the wind, MoveOn refused to engage in a campaign to help any of them. Manning, Kiriakou, and Sterling were railroaded into prison and remained there for years; Snowden has been forced to stay in exile; and Drake endured years of persecution under threat of decades behind bars.

I experienced MoveOn's refusal firsthand when, in December 2015, I wrote to the group's campaign director with a request. After a sham trial, Sterling had gone to prison six months earlier for allegedly providing information to New York Times reporter James Risen that he included in a book. "Is there a way that MoveOn could use a bit of its list to promote this petition in support of Jeffrey Sterling?" I asked.

The answer that I received was disappointing—merely a suggestion that the petition be put on MoveOn's do-it-yourself platform, where it would not be supported with distribution to any of MoveOn's email list. After pressing further, I got an explanation from MoveOn that had a marketing sound: "It looks like we have definitely done a lot of testing on Snowden and Manning in the past, but unfortunately nothing quite reached the level of member support where we were able to send it out."

That approach has endured. In the last decade, MoveOn—which says it has an email list of 8 million "members"—has refused to do any campaigns to help Manning, Drake, Snowden, Kiriakou, or Sterling.

(Full disclosure: The organization where I'm national coordinator, RootsAction.org, has campaigned in support of all five of the above-named whistleblowers, with petitions, news conferences, protests, and fundraising.)

Now, the whistleblower initiative that MoveOn has started might seem like a welcome change of direction. But it's actually worse than problematic.

The organization that MoveOn just teamed up with—Whistleblower Aid—explicitly does not support people like Snowden, Drake, Kiriakou, Sterling, and Manning, or the more recent whistleblower Reality Winner. The founding legal partner at Whistleblower Aid, Mark Zaid, has maintained a vehement position against unauthorized release of classified information for many years.

"As a matter of law, no one who leaks classified information to the media (instead of to an appropriate governmental authority) is a whistleblower entitled to legal protection," Zaid wrote in a Washington Post op-ed piece in 2017. "That applies to Winner, Snowden, and Chelsea Manning, no matter what one thinks of their actions. The law appropriately protects only those who follow it. Anyone who acts contrary does so at their own peril."

According to Zaid and his organization—which MoveOn is now avidly promoting and helping to subsidize—if the White House whistleblower’s memo had been bottled up via official channels and then had been leaked to a news organization, the whistleblower leaking the memo would not be, and should not be, “entitled to legal protection.”

MoveOn has not only refused to support courageous whistleblowers like Snowden, Drake, Manning, Kiriakou, and Sterling—who've informed the world about systematic war crimes, wholesale shredding of the Fourth Amendment with mass surveillance, officially sanctioned torture, and dangerously flawed intelligence operations.

Now, MoveOn is partnering with a legal outfit that actually contends such brave souls don't deserve any protections as whistleblowers. Despite its assertion that "protecting whistleblowers is critical for a healthy democracy," MoveOn is now splitting donations with an organization that supports the absence of legal protections for many of them.