More Republican retirements: Will the GOP finally speak out? 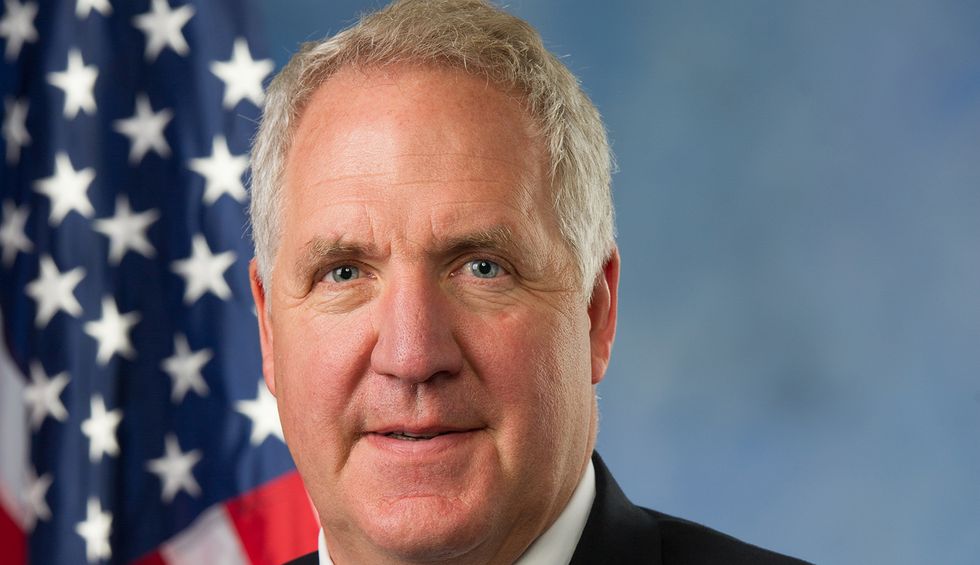 There has never been much evidence that President Trump's popularity with Republicans, during more than two and a half scandal-plagued years in office, has significantly slipped. There still isn’t, at least not among Republican voters. But when it comes elected Republican lawmakers, there’s been a familiar, and understandable, pattern of pushback — which seems to kick in after GOP members of Congress decide to quit.

Waiting for a Republican savior to heroically upend Trump’s presidency — whether that would be Robert Mueller or the anonymous New York Times op-ed author from inside the Trump White House — hasn’t yet worked out for the president's critics. But retiring Republicans have often offered symbolic, if ultimately meaningless, criticism of the president.

Former Republican lawmakers like Sens. Jeff Flake and Bob Corker, or onetime House Speaker Paul Ryan, voted in virtual lockstep with Trump's agenda when they held office. But after announcing their decisions to retire ahead of the 2018 midterm elections, they spoke out in far more critical terms. As the list of Republican retirements grows heading into the 2020 election, Republicans are once again theatrically upset at Trump.

But it’s not the constitutional crisis the nation is so obviously facing that has caused some Republicans to publicly split with Trump this week. Silence or deflection, the typical response of congressional Republicans in the Trump era, is how much of the GOP has dealt with the growing Ukraine scandal. But Trump's plan to withdraw U.S. troops from some parts of Syria, thereby abandoning a pledge to protect the Kurds, an ethnic minority and military ally, has drawn an unusual degree of  intra-party rebuke.

“In fact I called my chief of staff in D.C., I said, ‘Pull my name off the I support Donald Trump list.’ We have just stabbed our allies in the back. The Kurds go back all the way to the first Gulf War,” Shimkus said in a Thursday radio interview. Later, he clarified this on Twitter, backing down a bit: "While my votes will continue to support the president's domestic policy agenda, because of this terrible foreign policy decision I asked that my name be removed from his campaign’s official list of supporters.”

Yes, yet another retiring Republican has furrowed his brow while continuing to vote in lockstep with Trump. Notably, several non-retiring Republicans have suddenly also found the space to criticize Trump. Rep. Adam Kinzinger, another Illinois Republican, called Trump’s troop withdrawal “shortsighted” and “wrong.” Sen. Marco Rubio of Florida tweeted that Trump’s decision will have long-term negative consequences: The “damage to our reputation & national interest will be extraordinary and long-lasting.” Even Rep. Liz Cheney of Wyoming, a hardcore Trump loyalist on everything else, called it “impossible to understand.”

For a party with few consensus principles in the Trump era, establishment Republicans still remain committed to one highly dubious foreign-policy principle: a heavy U.S. military presence in the Middle East. Abandoning the Kurds in Syria, only to see the Turks already launch a military offense hours later, may have actually damaged to Trump where it matters: with congressional Republicans. This time, the criticism goes well beyond the soon-to-be retirees.

As Trump becomes ever more mired in scandal, the portion of Republican voters who support impeachment proceedings — still a minority — is bound to grow. Senate Republicans will remain obstinate on impeachment so long as 85% of rank-and-file Republicans support Trump, but this week's erratic messaging around the Syrian withdrawal adds to the sense that Republicans are in disarray.

Sen. Lamar Alexander of Tennessee, who announced his retirement earlier this year, said of the Ukraine scandal: “It’s inappropriate for the president to be talking with foreign governments about investigating his political opponents.”

A man as concerned by displays of loyalty as Trump will undoubtedly lash out at such lack of support. Republicans who still hope to run for office sometime in the future fear that most. That’s why Republican senators up for re-election in swing states, like Colorado's Cory Gardner — who said he did not vote for Trump in 2016 —are literally running scared from questions about Ukraine.

“Do I wish President Trump hadn’t raised the issue with the Ukrainian president?” Yes,” admitted Sen. John Cornyn of Texas, also up for re-election next year, in a fundraising email this week.

The pressure from retiring Republicans free to speak their criticism may make a difference once the primary filing deadlines pass. We may finally start to see some GOP senators start to flip on Trump more forcefully, particularly among the 22 up for re-election next year.

As a coequal branch of government, Congress still has the hypothetical power to restrain the Trump administration, and even to remove the president. But if the only members willing to use that power are those getting ready to walk away, then ultimately Congress has no power at all.