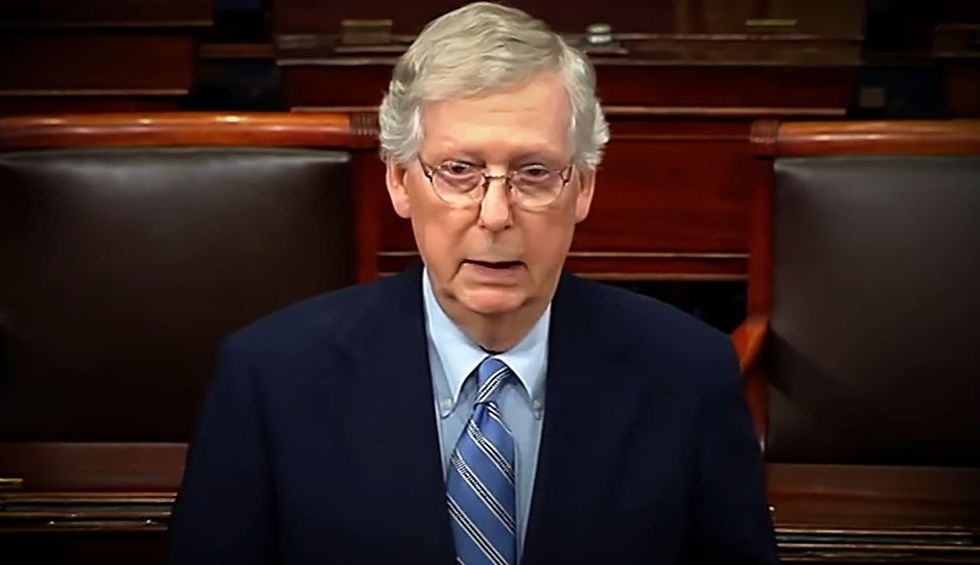 NEW: McConnell says he wants a STRONGER resolution on Syria than what passed the House.
— Steven Dennis (@Steven Dennis)1571322897.0

“My first preference is for something stronger than the House resolution,” McConnell said according to Bloomberg’s Laura Litvan.

She went on to say that McConnel wants a bill that outlines what action should take place in Syria.

McConnell said the House version was “curiously silent on the issue of whether to actually to sustain a U.S. military presence in Syria.”

McConnell says that the House resolution's weaknesses include that it is `curiously silent on the issue of whether… https://t.co/XHuAbrraTT
— Laura Litvan (@Laura Litvan)1571322006.0

It’s possible McConnell is saying that because he knows it won’t pass if the House and Senate devolve into chaos discussing the next steps for Syria. The House version of the bill simply denounces Trump’s action. If McConnell wants a bill talking about the direction the U.S. should take on Syria, he could introduce his own legislation after the vote on the Syria bill.