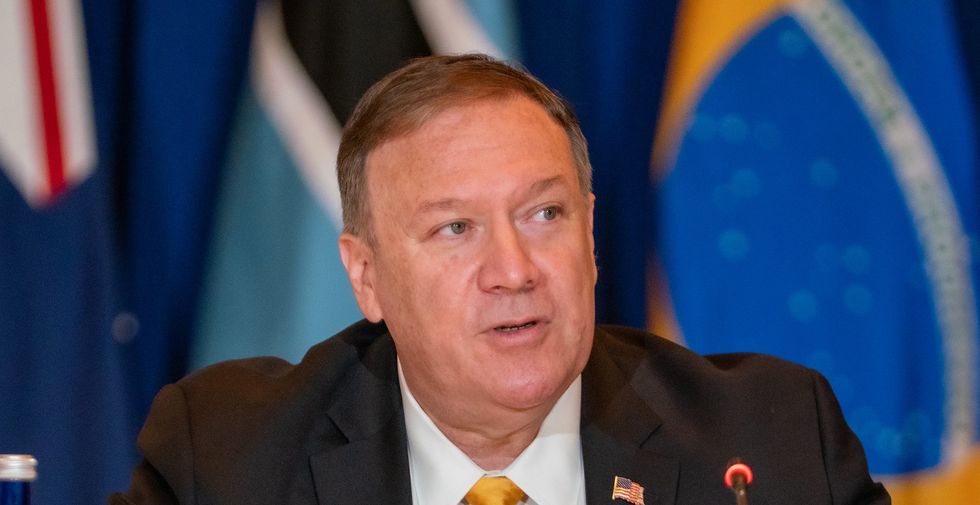 Secretary of State Mike Pompeo fired back Tuesday at the congressional committees that had subpoenaed him for information and demanded officials in his department testify. He accused Democrats of trying to "bully" the administration in a letter to the committees.

“I will use all means at my disposal to prevent and expose any attempts to intimidate the dedicated professionals whom I am proud to lead and serve alongside at the Department of State,” Pompeo wrote.

In a joint statement, leading Democrats accused him of "intimidating department witnesses in order to protect himself and the president."

But the clash may turn out to be less important than it seemed, because some current and former State Department officials are taking matters into their own hands — and going around Pompeo entirely.

The dispute revolves around the burgeoning impeachment inquiry, which is centered on Trump's efforts to pressure Ukraine into investigating potential 2020 presidential candidate Joe Biden.

Kurt Volker, who served as the special envoy to Ukraine until he abruptly resigned, has agreed to testify in the Democrats' House investigation. Rudy Giuliani, who has been leading Trump's pressure campaign, reported that he had been coordinating with Volker and other State officials; after those communications were made public last week, Volker stepped down.

Multiple reports also revealed that former Ambassador to Ukraine Marie Yovanovitch — who was removed prematurely from her role, apparently because she didn't support the president's efforts to pressure the country — has also agreed to testify.

Perhaps most interestingly, the Washington Post also reported that the State Department inspector general — who enjoys relative independence from Pompeo's oversight — will speak with House committees “to discuss and provide staff with copies of documents related to the State Department and Ukraine.” It's not clear what these documents would show.

Pompeo may still be able to stall Democrats from obtaining much of the information they are seeking. It's not clear how much of a problem that will be for the impeachment inquiry, though. Democratic leadership has indicated that more delays by the administration will be considered obstruction of the inquiry — an impeachable offense in its own right — and on the core issue, they already know all that they need to act. Trump tried to induce a foreign government to target his political enemy in a months-long campaign; for that alone, he should be booted from office.