Michael Cohen might have some valuable dirt on Giuliani associate Lev Parnas: report 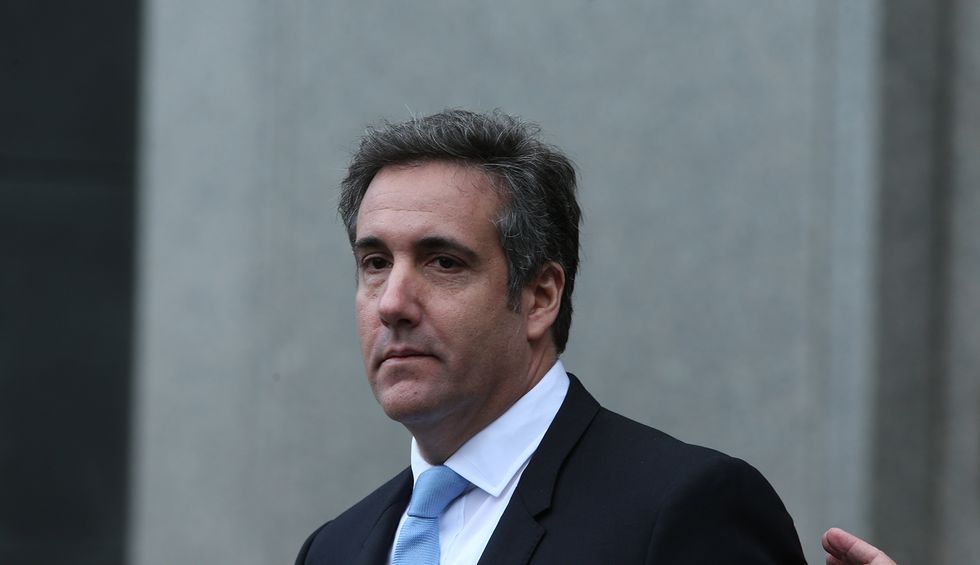 Much of Vanity Fair journalist Emily Jane Fox’s reporting on Michael Cohen, President Donald Trump’s former personal attorney and fixer, has focused heavily on Trump-related scandals that included hush money payments to women Trump allegedly had extramarital affairs with and Russian interference in the 2016 presidential election. But since Cohen’s incarceration, another Trump-related scandal has come about: Ukrainegate. And Fox, in an article published by Vanity Fair on October 22, describes the ways in which Cohen could possibly help shed some light on Trump and former New York City Mayor Rudy Giuliani’s Ukraine-related activities.

Cohen is presently serving a three-year sentence in federal prison after pleading guilty to felonies that include tax and bank crimes as well as campaign finance violations. Although the attorney offered plenty of dirt on Trump when he publicly testified before Congress in February (Cohen began serving his sentence in May), none of the information that he offered led to impeachment. But Trump is now facing an impeachment inquiry in the U.S. House of Representatives for trying to pressure Ukrainian President Volodymyr Zelensky, during a July 25 phone conversation, into investigating former Vice President Joe Biden and his son, Hunter Biden. And according to Fox, Cohen might offer some insights on one of the people caught up in Ukrainegate: Lev Parnas, an associate of Trump’s personal attorney, Rudy Giuliani. Parnas was recently arrested and is facing conspiracy and campaign finance charges.

In her October 22 article, Fox reports that Cohen, according to sources, “has information that could be pertinent to” federal Southern District of New York prosecutors’ “investigation into Lev Parnas, one of the men who worked with Giuliani to dig up dirt on Trump’s political opponents.”

Fox reports that according to sources, Parnas “contacted Cohen in the first few weeks after Trump took office. He introduced himself through text message and asked if he would be willing to set up a meeting with Trump, the purpose being that he wanted to propose a method to save the federal government money on fraud, waste and abuse. Those who know Cohen also said that there was another occasion during which Parnas came in contact with Cohen that they said may be of interest to investigators looking into whether Parnas violated federal election laws.”

Fox reports that she has obtained a copy of a letter that, in September, Cohen’s attorneys sent to three Democratic heads of committees in the House of Representatives “urging them to ask U.S. District Judge William H. Pauley III to cut the length of Cohen’s three-year prison term and allow him to finish his sentence at home in New York.” And the letter, according to Fox, “spelled out the extent of his cooperation thus far.”

Davis told Fox, “In my judgment, Michael Cohen is now even more valuable than before. First, in assisting the ongoing congressional impeachment investigation to interpret the Trump code words to lie — as in ‘no quid pro quo, no quid pro quo’ — to the EU ambassador, when he knows the truth is exactly the opposite. And second, to assist ongoing investigations by state and federal prosecutors.”