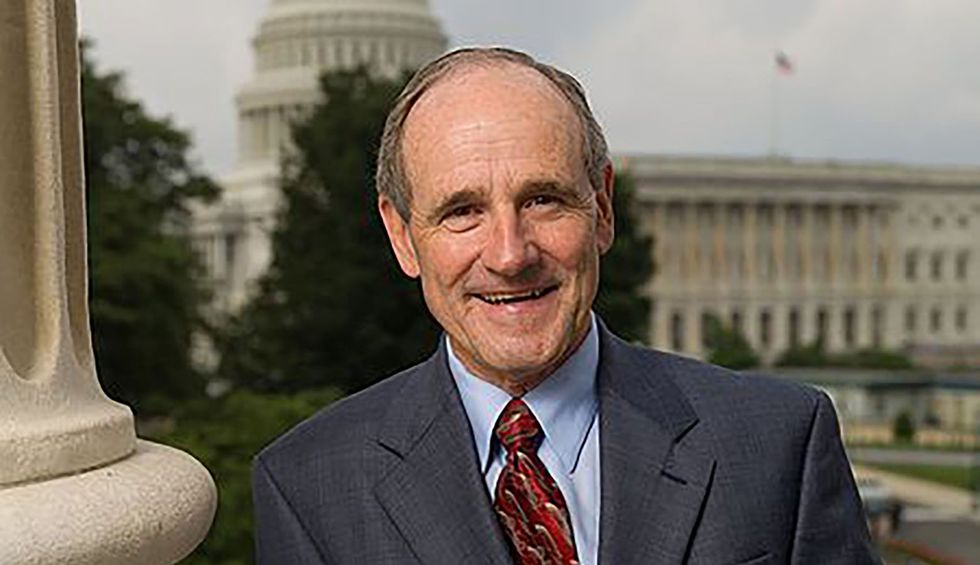 The Senate Foreign Relations Committee Chairman, Idaho Republican Jim Risch, has taken full advantage of the congressional recess of the past two weeks to hide. He's been in Idaho, but has been difficult even for local reporters to find.

On Monday, the Idaho Statesman asked for a statement on Trump's decision to immediately withdraw U.S. troop and military support for Kurds, our allies in fighting ISIS, in Syria. He would only say "We will have a statement in due course." Due course eventually came to mean late Wednesday afternoon, when he finally issued a statement. "Turkey's aggressive actions raise serious concerns. Such an action lacks international support and risks a precipitous decline in the U.S.-Turkey relationship, as President Trump has robustly described," he said. "All parties should immediately de-escalate and return to border security discussions." As Trump has "robustly described," as if Trump didn't create this latest mess.

Doing their jobs, local reporters showed up at the one public event Risch had on his schedule this week on Wednesday, a business forum, where "Risch was in no mood to talk about" Trump or the swirling, multiple foreign policy controversies surrounding him. "The reliable Trump ally abruptly ended a Boise State Public Radio interview when asked about controversies swirling around the president," the station reports. "I'm not going there," Risch snapped. "If you want to have an interview with me about the business center, please do so. […] Don't do that again," he said as he walked away from the reporter.

Risch's colleagues on the Foreign Relations Committee would also like to know what in the hell he's doing. Ranking member Sen. Robert Menendez and fellow Democrats have sent him a letter demanding that he "immediately convene hearings on the Trump-Ukraine scandal." It wouldn't hurt to demand hearings on the decision-making, such as it is, behind Trump's capitulation to Erdogan in Syria. Because that's pretty darned stinky with the odor of Vladimir Putin, too.

Risch combines the worst of the arrogance of dyed-in-the-wool Trumpists with a profound laziness. What's one of the most important committees in the whole of the Congress right now, in this growing crisis, is in the hands of the worst possible person. He doesn't even think he's answerable to his own constituents (of which I am one, regrettably), much less the nation.