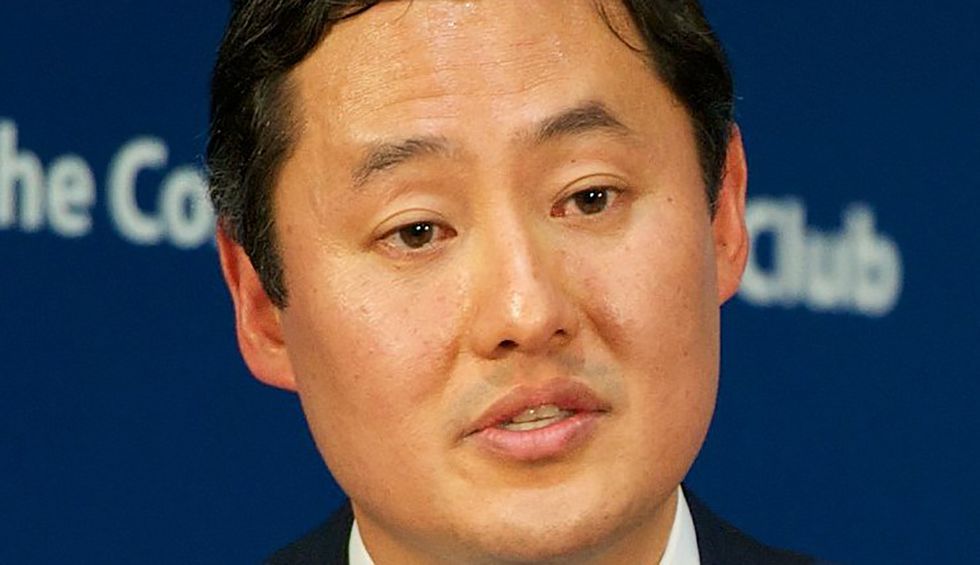 John Yoo, a former Dept.of Justice lawyer who wrote the now-infamous flawed memos President George W. Bush used to support the use of torture, including waterboarding – which is a war crime – is out with another flawed “legal” theory. Yoo says President Donald Trump should not be impeached before an election, claiming the founding fathers would have opposed such action.

Fox guest John Yoo says the framers of the Constitution "would never have wanted impeachment within a year of an el… https://t.co/T8RvMK1vk1
— Jason Campbell (@Jason Campbell)1571280033.0

Yoo offered nothing to support his claim, and in fact, as some on Twitter suggested, tell that to Andrew Johnson, the 17th president of the United States.

On February 24, 1868, the U.S. House of Representatives overwhelmingly impeached President Johnson, by a vote of 128 – 47. He was not removed by the Senate, and served until the end of his term in 1869, less than a year after the end of his three month Senate trial.

This Princeton scientist sums up the facts perfectly:

Sadly, Yoo is currently a Professor of Law at the University of California, Berkeley, School of Law.

Yoo's an "originalist," which is why he's leaning so hard on the Article II clause that says the president, "shall… https://t.co/XVONnLoFPp
— Brian Beutler (@Brian Beutler)1571284692.0

My colleague John Yoo teaches in the Law School and absolutely doesn't understand what the founders would and would… https://t.co/QILhm1OywF
— Brian DeLay (@Brian DeLay)1571288909.0

fox guest john yoo: the founders thought bribery was a-ok so long as a president does it in their first term https://t.co/po7QWo7mfE
— Bobby Lewis (@Bobby Lewis)1571316049.0