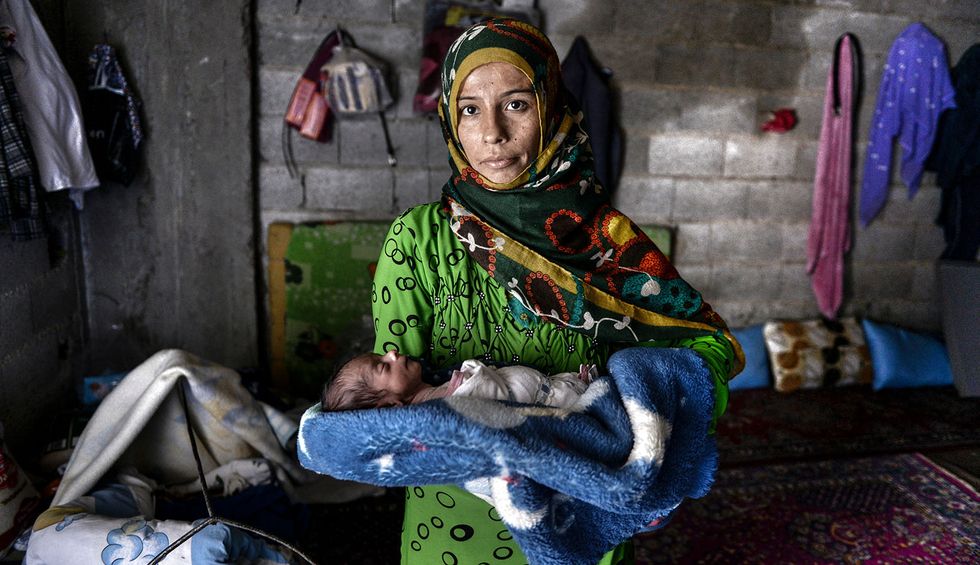 Kurdish forces in northern Syria announced Sunday that the Syrian government has agreed to deploy troops to battle an ongoing Turkish offensive against the Kurds after U.S. Defense Secretary Mark Esper confirmed that President Donald Trump has ordered the withdrawal of the remaining 1,000 American troops in the region.

BBC News reported Sunday on the deal between the SDF and the Iranian- and Russian-backed government of Syrian President Bashar al-Assad:

The Kurdish-led administration in northern Syria said the Syrian army would deploy along the entire length of the border as part of the agreement.

This deployment would assist the SDF in countering "this aggression and liberating the areas that the Turkish army and mercenaries had entered," it said in a statement.

The move also "paves the way to liberate the rest of the Syrian cities occupied by the Turkish army such as Afrin," it added.

Turkish forces and pro-Turkey Syrian rebels forced Kurdish fighters from Afrin back in 2018 after a two-month operation.

The deal, as The Washington Post reported, "followed three days of negotiations brokered by Russia between the Syrian government and the SDF, which had reached the conclusion that it could no longer count on the United States, its chief ally for the past five years in the fight against the Islamic State, according to a Kurdish intelligence official."

Tens of thousands of civilians have fled northern Syria amid Turkey's incursion. According to The Guardian, "About 130,000 people have been displaced in Syria in the five-day-old operation so far, with at least 60 civilian casualties in Syria and 18 dead in Turkey after counterattack SDF shelling of Turkish border towns."

The Syrian Observatory for Human Rights said Saturday that "nine civilians were executed at different moments south of the town of Tal Abyad" by pro-Turkey forces participating in the offensive.

Among those killed was 35-year-old Hevrin Khalaf, a female Kurdish political leader who was "taken out of her car during a Turkish-backed attack and executed by Turkish-backed mercenary factions," according to a statement from the SDF's political arm. "This is a clear evidence that the Turkish state is continuing its criminal policy towards unarmed civilians."

What are reactions across the globe to Turkey’s launch into Northeast Syria? “Civilians and civilian infrastructure… https://t.co/OopZSnXgNF
— Win Without War (@Win Without War) 1571001121.0

News of the agreement between Kurdish forces and the Syrian government followed Esper's interview Sunday on CBS' "Face the Nation," during which the defense secretary revealed that the United States is "preparing to evacuate" its remaining forces from northern Syria and teased a potential defensive deal between SDF and Damascus.

"Look it's a very terrible situation over there. A situation caused by the Turks by President Erdoğan," Esper said. "Despite our opposition they decided to make this incursion into Syria. And at this point in time in the last 24 hours we learned that they likely intend to expand their attack further south than originally planned and to the west. And so we know that's happening."

WATCH: .@EsperDoD on the planned evacuation of U.S. troopers in northern Syria. "I spoke with the president last… https://t.co/OZmnHnDHZ7
— Face The Nation (@Face The Nation) 1570972229.0

"We also have learned ... the SDF are looking to cut a deal, if you will, with the Syrians and the Russians to counterattack against the Turks in the north," Esper continued. "And so we find ourselves, we have American forces likely caught between two opposing advancing armies, and it's a very untenable situation. So I spoke with the president last night, after discussions with the rest of the national security team, and he directed that we begin a deliberate withdrawal of forces from northern Syria."

The defense secretary, who declined to give a time period for the withdrawal, said that the "general game plan" is "a deliberate withdrawal and we want to conduct it as safely and quickly as possible."

The decision to evacuate came after the Pentagon confirmed late Friday that "U.S. troops in the vicinity of Kobani came under artillery fire from Turkish positions." The Turkish Defense Ministry claimed its forces fired "in self-defense" at Kurdish fighters and "we ceased fire upon receiving information from the U.S."

The Washington Post noted Sunday that Trump's latest withdrawal order could lead to similar decisions by other world leaders:

The U.S. withdrawal is likely to force allies with forces on the ground in support of the U.S. mission against the Islamic State—principally France and Britain—to also considering pulling troops out.

Since Trump's initial withdrawal from the Syrian-Turkish border was announced, Esper and Secretary of State Mike Pompeo have repeatedly reassured their French and British counterparts that the U.S. mission to secure the region against an Islamic State resurgence and continue stability operations was unchanged and that there were no immediate plans for U.S. troops to leave Syria.

The annex of Ain Issa camp from which the relatives of ISIS fled was home to 249 women and 700 children, according to the organization Save the Children.

"Once again, we urgently call on foreign governments to repatriate their nationals while they can. The opportunity is quickly slipping away," Save the Children Syria response director Sonia Khush said Sunday. "We heard reports that the authorities on the ground took some of the foreign women to another location, but many have fled and some are unaccounted for."

Prior to the Turkish incursion, the SDF guarded about 11,000 ISIS detainees in facilities throughout northern Syria. As the Times pointed out, "Kurdish authorities had repeatedly warned that, while they were confronted by the Turkish invasion, they would not have the resources to secure the prisons and camps containing ISIS fighters and their relatives."

In a separate report, the Times revealed Sunday that "the American military was unable to transfer about five dozen 'high value' Islamic State detainees out of Kurdish-run wartime prisons before the Pentagon decided to move its forces out of northern Syria and pave the way for a Turkish-led invasion, according to two American officials."

Jon Rainwater, executive director of the U.S.-based group Peace Action, argued in an op-ed for Common Dreams Sunday that rather than ending seemingly endless wars in the Middle East, Trump is making them worse.

In terms of Syria, "the scope of progressives' moral imagination needs to be large enough to include two goals," he wrote. "We need to push hard to end the unauthorized U.S. intervention in Syria and Iraq that has killed thousands of civilians. But as we push for peace we must oppose a president whose narcissistic foreign policy instincts display careless disregard for allies and civilians."

Rainwater made the case that what's been needed, and is still needed, in northern Syria is "a twofold diplomatic offensive," featuring agreements between both the Syrian Kurds and the Syrian government as well as the Kurds and Turkey. He also laid out what U.S. officials can do to safeguard civilians in northern Syria.

"Ultimately, to end endless wars and to minimize bloodshed and violence, U.S. foreign policy needs a full top-to-bottom rebuild," Rainwater concluded. "We need to center human rights and civilians' welfare in our foreign policy and stop looking at military force as the go-to tool."

Trump, meanwhile, tweeted Sunday that his administration is in talks with members of Congress from both political parties regarding "imposing powerful sanctions on Turkey." Rep. Ilhan Omar (D-Minn.) criticized that strategy, responding to the president on Twitter:

U.S. Treasury Secretary Steven Mnuchin claimed Friday that "we can shut down the Turkish economy if we need to." Citing a U.S. official, Reuters reported Sunday that sanctions targeting Turkey were "being worked out at all levels of the government for rollout" as early as this week.