Julián Castro threatens to drop out if he doesn't raise $800,000 by end of month 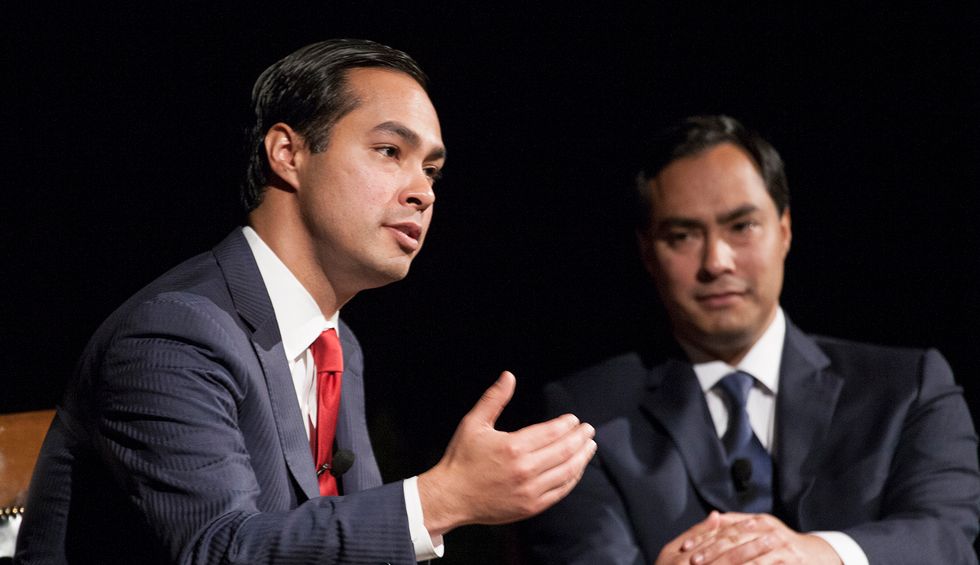 "Julián Castro threatens to drop out if he doesn't raise $800,000 by end of month" was first published by The Texas Tribune, a nonprofit, nonpartisan media organization that informs Texans — and engages with them — about public policy, politics, government and statewide issues.

Democratic presidential candidate Julián Castro is threatening to end his campaign if he does not raise $800,000 by the end of the month, saying he is in "dire need of financial resources to keep going."

Castro, the former U.S. housing secretary and San Antonio mayor, is following in the footsteps of rival Cory Booker as he struggles to make the November debate stage, which Castro previously described as a do-or-die target for his bid. Booker, a U.S. senator from New Jersey, implied last month he would drop out of the race if he did not raise $1.7 million in 10 days — a goal he ended up hitting.

Castro announced the $800,000 push in an email to supporters Monday morning, insisting it was not "a fundraising gimmick — it’s the transparency and honesty I have promised you since I entered this race."

"Our campaign is facing its biggest challenge yet," Castro campaign manager Maya Rupert said in a statement. "Secretary Castro has run a historic campaign that has changed the nature of the 2020 election and pushed the Democratic party on a number of big ideas. Unfortunately, we do not see a path to victory that doesn't include making the November debate stage — and without a significant uptick in our fundraising, we cannot make that debate."

While the last fundraising quarter was Castro's best yet — he raised $3.5 million — he continued to spend heavily, pushing his cash-on-hand total down to just $672,000, dangerously low for a White House bid.

While Castro's campaign says he has the 165,000 donors needed for the November debate, he has not made any headway on the additional polling requirement: 3% in any four surveys or 5% in two polls in the early voting states. The other Texan in the race, Beto O'Rourke, is in a similar position, with just one qualifying poll. While he has not issued any threats to leave the contest, his campaign announced earlier this month that it needed to raise $2 million in six weeks to fund critical efforts to advertise and organize.

The deadline to qualify for the next debate is Nov. 13. It is scheduled for Nov. 20 in Georgia.

On Monday afternoon, O'Rourke reiterated that he is confident he will be on the November debate stage and suggested he will not end his campaign if he does not qualify.

"I'm planning on qualifying for that next debate ... and I'll stay in the race," O'Rourke said in a CNN interview. "I'm in this to win this."

This article originally appeared in The Texas Tribune at https://www.texastribune.org/2019/10/21/julian-castro-says-hell-drop-out-if-he-doesnt-raise-800000-november/.