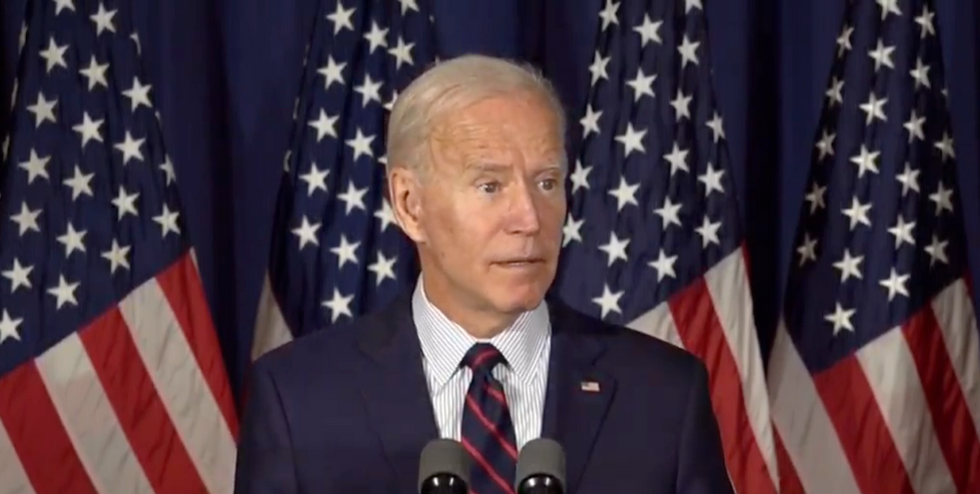 Biden has curiously stayed on the sidelines while Trump found his schemes to induce Ukraine to investigate the potential 2020 Democratic nominee exposed and triggering a reinvigorated impeachment inquiry. While the former vice president — along with his son Hunter Biden — was being viscously smeared, largely with provable falsehoods and lies, his campaign struggled to leverage the moment to fight back.

"To preserve our constitution, our democracy, our basic integrity," Bidden said, "he should be impeached."

He argued that Trump's own words and the evidence presented as part of the inquiry so far have already proven the case against the president.

He added: "We have to remember that impeachment isn't only about what the president's done. It's about the threat the president poses to the nation if allowed to remain in office."'

Trump, Biden continued, is stoking fears of a "civil war" and feeding the dangerous inclinations of some in far-right media.

Watch a clip below (full video above):