'It's despicable': Republican congressman says he no longer supports Trump 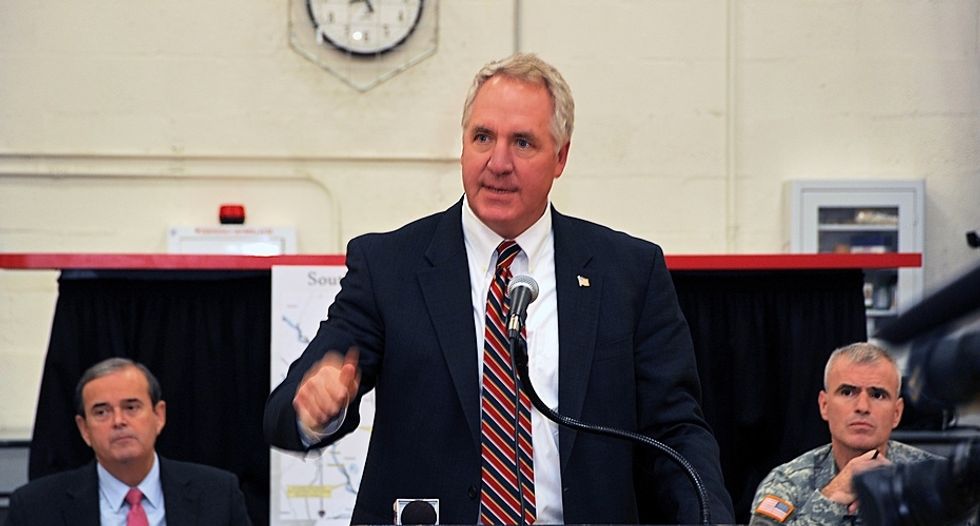 At the end of August, Republican Rep. John Shimkus from Illinois, announced that he would not seek reelection, adding his name to the pile of Republicans bowing out for private life. On Thursday, Rep. Shimkus spoke with KMOX's Mark Reardon. During the interview, Rep. Shimkus plays dismayed and surprised at what a disaster the Trump presidency has been. After telling the host that “no one knew how he [Donald Trump] would work out,” as president, Rep. Shimkus skirts around whether or not Trump’s Ukraine phone call is “an impeachable offense,” instead saying he was “troubled by it.”

As the conversation moved onto how and why people seem to care about our foreign policy under Trump, Rep. Shimkus explained that keeping our global treaties and pacts with allies intact should be a no-brainer for anyone. The biggest statement Shimkus made was when asked about news of Turkey’s move to “flood out” Kurds from Syria through violent action. Shimkus said he was “heartbroken” to hear the news, saying “In fact, I called my chief of staff in D.C., and told him to pull my name off the ‘I support Donald Trump list.’ We have just stabbed our allies in the back.”

Reardon is something of a right-wing hack radio personality, and faced with such a bold statement, in the face of the usual pablum, he can only attempt at restating what he was told, sans the fact that Shimkus just said he doesn’t support Donald Trump anymore.

REARDON: So, you you, I want to make sure I understand you, you’re saying—and I think a lot of Republicans, I think Lyndsey Graham have [sic] expressed disappointment with the president—you’re saying this does not sit well with you, these foreign policy decisions?

REP. SHIMKUS: No. It’s terrible. It’s despicable. I don’t have enough words to mention it. I am embarrassed by it and I am saddened for the Kurdish people.

Rep. Shimkus tells Reardon he doesn’t know what happens next. The sound of defeat would be more musical to my ears if it wasn’t resulting in death and catastrophe.