Internet strikes back after commentators and Trump defenders scold World Series attendees who booed the president: 'As American as it gets' 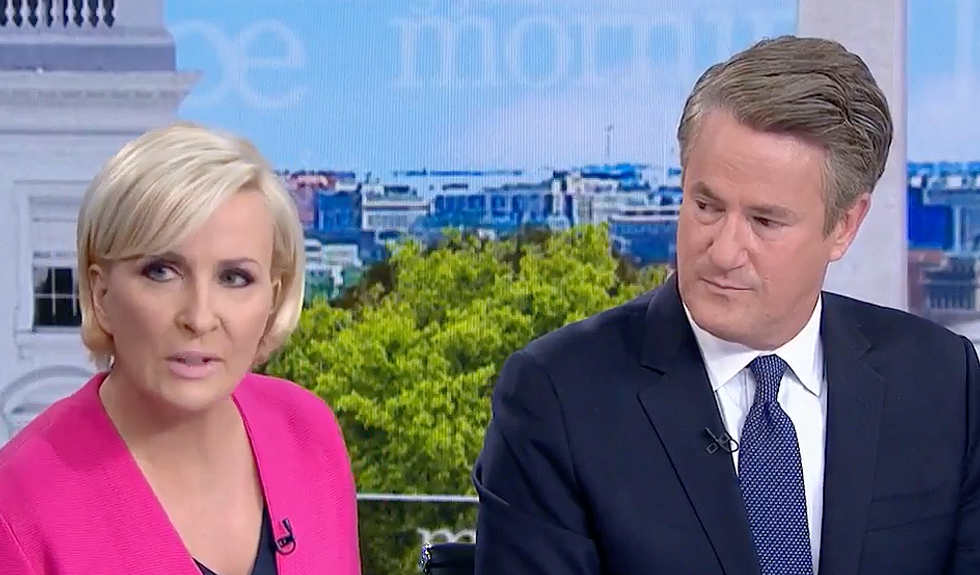 Monday morning on MSNBC’s “Morning Joe,” hosts Joe Scarborough and Mika Brzezinski were highly critical of those who booed President Donald Trump at the World Series in Washington, D.C. and chanted, “Lock him up, lock him up.” Although Scarborough and Brzezinski are both vehement Trump critics, they asserted that booing Trump was sinking to his level. But while some Twitter users are in agreement with the “Morning Joe” hosts, others are stressing that getting booed was exactly what Trump deserved.

Democratic Sen. Chris Coons of Delaware has criticized Trump on numerous occasions, but he likewise denounced the booing as highly inappropriate — saying, “Frankly, I think the office of the president deserves respect, even when the actions of our president at times don’t.”

Full on “LOCK HIM UP! LOCK HIM UP!” chants heard throughout the crowd at Nats Park after President Trump was announ… https://t.co/aqx40tbqlB
— Monica Alba (@Monica Alba)1572225008.0

Others, including Pastor Mark Burns, said the boos were a decisive win for the president.

“Of course, Washington, DC will #BooTrump,” Burns tweeted. “DC is the Swamp. @realDonaldTrump came to #DrainTheSwamp not join the Swamp. Washington, DC Booing Trump is a good sign for the rest of America.” And far-right media extremist John Cardillo tweeted, “DC Liberals booing Trump at Game 5 gives him a boost with normal Americans in the rest of the country. Keep it up guys.”

Meanwhile, those who are defending the booing on Twitter are numerous.

@ChristopherKivl asserted, “Joe and Mika get to let 45 know how they feel about him 5 days a week. The rest of us don’t so take your little scolding and shove it.” And @tayl8kr tweeted, “Sorry Joe and Mika, but what Trump has put us and our Country through for 3 years, the abuse, etc. We deserve to be happy a day because the Worst Person Ever got a frigging boo and chant. Boo Hoo!”

@Chris_nDC, posted, “Speak for yourself Joe and Mika. It was glorious,” while @BowiedipDe wrote, “Joe and Mika, Heard you're upset 45 was booed. You enabled his ass into office every day. Put a sock in it, the people will have their say.”

Mike Drucker noted that Trump isn’t the first Republican president to be booed at the World Series: “Crowds also booed Herbert Hoover at the World Series in 1931 because of the Great Depression. Baseball fans booing fuck up presidents is as American as it gets.”

‏@Jodiek07 tweeted, “Watching the crowd boo Trump last night warmed my heart and gave me hope. Very disappointed with Joe and Mika for their criticism of the booing. It is not unpatriotic to boo a wannabe dictator who is harming our country.” And @bobcesca_go posted, “The world is being slowly taken over by authoritarian dictators and we’re supposed to be nice to ours? Nonsense. Trump earned last night’s booing. And more.”

Like a fair-weathered baseball fan, Trump left the game with only one inning to go. But in all, the booing and "loc… https://t.co/spEnWZBAWk
— Mother Jones (@Mother Jones)1572263684.0