Impeachment is happening behind closed doors to keep Trump from corrupting the process: House Dem 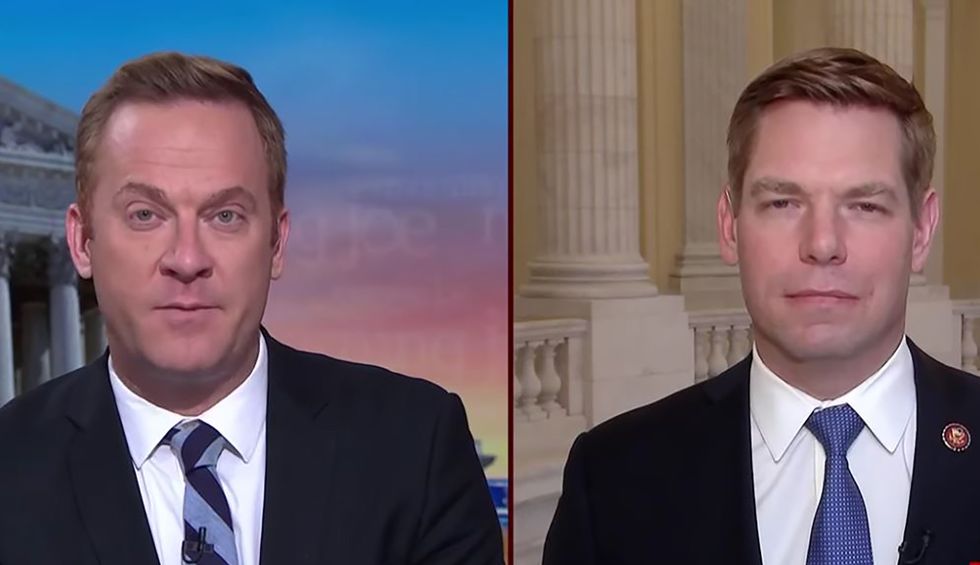 President Donald Trump has raged against the closed-door testimonies in his impeachment inquiry, but a Democratic lawmaker explained why that’s necessary to preserve the integrity of an investigation into a possible criminal conspiracy.

Rep. Eric Swalwell (D-CA), who sits on the House Intelligence Committee, told MSNBC’s “Morning Joe” that these hearings must be held in a room beneath the Capitol to protect classified information and quarantine witnesses from one another.

“The attorney general refused to even take up this case, so we have to do this in a closed environment because we know that if witnesses know what other witnesses will say, they will tailor their testimony and cook up alibis, and we have reason to believe that may be going on,” he added. “We’re trying to protect that information to the degree that we can.”

Swalwell confirmed that Congress had evidence that witnesses in the inquiry were trying to coordinate their testimony, and he explained why that necessitates closed-door hearings.

“So what we have seen — and I’m not going to go into it — but we have seen evidence that witnesses have talked to other witnesses, and the reason we’re having these hearings in this fashion is so that when witnesses testify, the information is held closely,” Swalwell said.

“If the information is getting out in the public, then they’re able to work together and try and get their stories, you know, together and aligned,” he added, “especially if they’re not necessarily innocent actors in this scheme.”

Former Ukraine ambassador Bill Taylor testified Tuesday, when he revealed quid pro quo evidence and deeply implicated Secretary of State Mike Pompeo in a corrupt scheme, but Swalwell said most Republican lawmakers had left the hearing before the end.

“There were a lot when we started,” he said. “I counted about 75 people in this very small room, you know, about two-thirds of them were members. Now, at the end of the day, after all of the complaints about the process, after all of the attacks on the chairman, it was about, you know, a 10-1 ratio of Democrats to Republicans.”

He said “dozens” of Republicans were present as Taylor read his damning opening statement, but Swalwell said the few questions they asked were focused on proving conspiracy theories pushed by the president.

“Cockamamie conspiracy questions,” Swalwell said. “More 2016 Hillary server, what about her emails, that type of nonsense.”