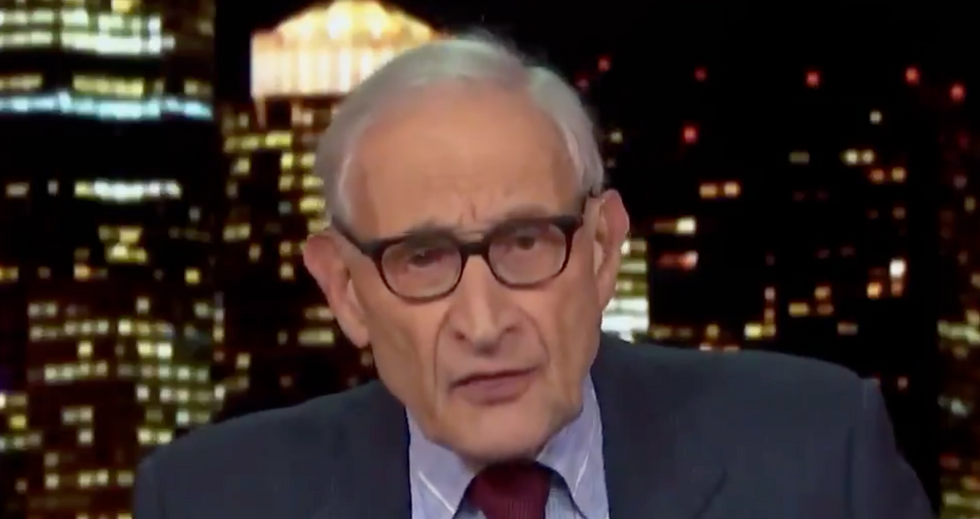 Hayes had brought him on to discuss the White House's absurd legal strategy for fighting impeachment, which has been pilloried by legal experts across the board. But near the end of the segment, Hayes' asked for a broader view of Trump from the conservative legal community.

"What are the conversations you have with people you would consider, you know, for lack of a better word, cheekily, 'fellow travelers,' about what is happening with this president and the rule of law?"

"They are horrified," Fried declared passionately. "It is the very opposite of the great Republicans. The great Republicans like Ronald Reagan, like Dwight — can you imagine Dwight Eisenhower speaking the way this man speaks? Or Lincoln? Or Teddy Roosevelt? This man is ignorant and foulmouthed!"