IG briefing in Washington could be ‘about retaliation against State Department officials who are trying to cooperate with House Democrats’: report 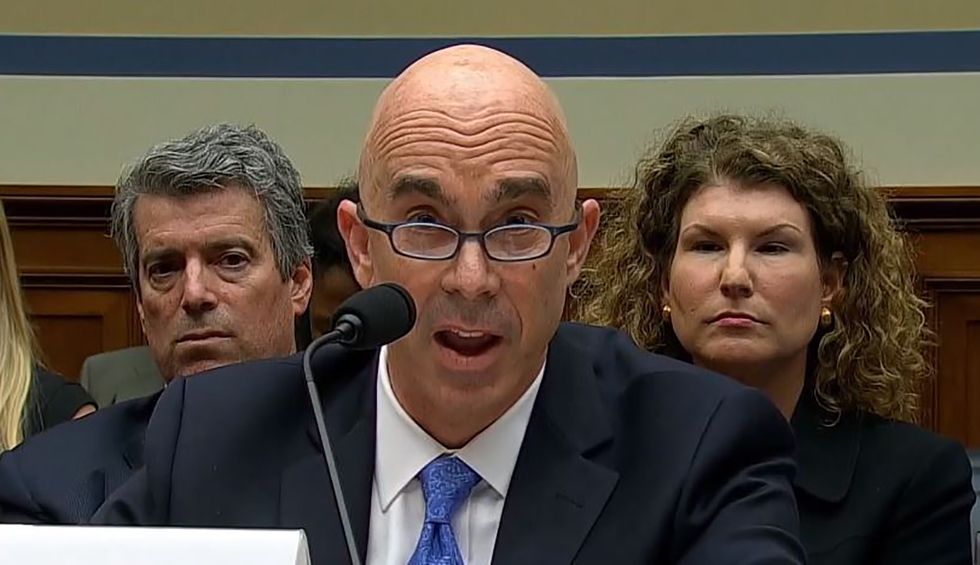 ABC News reported on Tuesday that Steve Linick, inspector general for the U.S. State Department, planned to give an “urgent” briefing to staffers from several U.S. Senate and House committees on Wednesday afternoon. Details of the briefing, ABC News reported, remained unknown. But PBS’ Yamiche Alcindor reported on Wednesday that according to a “source familiar with the briefing,” it is “is about retaliation against State Department officials who are trying to cooperate with House Democrats.”

Linick, according to the Washington Post, wanted to hold the briefing “to discuss and provide staff with copies of documents related to the State Department and Ukraine.” Linick, who was confirmed as the State Department’s inspector general in 2013,  is among the few holdovers from the Obama Administration — which, as the Post’s Aaron Blake noted on Wednesday, “will probably lead to accusations of political bias if he produces information that is damaging to (Trump’s) administration.”

Confirmed: A source familiar tells me the State Department IG briefing on the Hill is about retaliation against Sta… https://t.co/EmIwyfYROD
— Yamiche Alcindor (@Yamiche Alcindor) 1570038291.0

On Twitter, attorney Ross Garber said of Linick, “He’s no pro-Trump partisan. And he’s not a shrinking violet. Buckle up.”