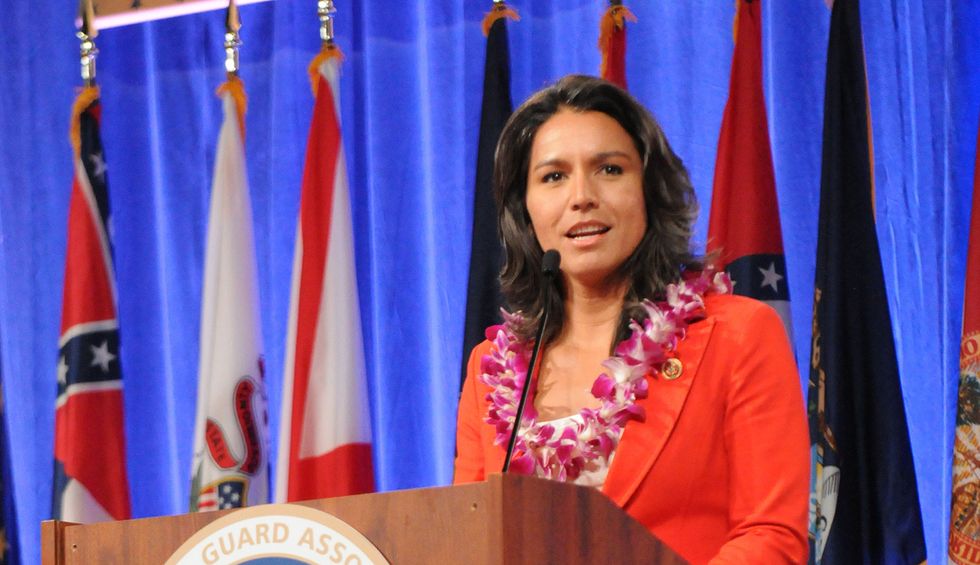 U.S. Rep. Tulsi Gabbard (D-HI) has just announced she will not run for re-election to Congress, instead choosing to devote herself to her presidential campaign.

Gabbard becomes just the sixth Democrat this term to leave office or announce they will be leaving office at the end of their term. The late Chairman Elijah Cummings (D-MD) was the fifth.

The Hawaii Democratic Congresswoman just days ago battled former Democratic presidential nominee Hillary Clinton, who suggested she is being groomed by the Republicans to run as a third party candidate. Gabbard, replying to erroneous news reports based on reporting from The New York Times, blasted Clinton for suggesting she is a Russian asset.

But Gabbard also promised at the time she would only run as a Democrat and would not run for president as a third party candidate.

Gabbard is currently polling in the low single digits, with an average of 1.3%.

Thursday night she appeared on Fox News’ “Hannity,” parroting GOP talking points, but did not make her announcement until later: