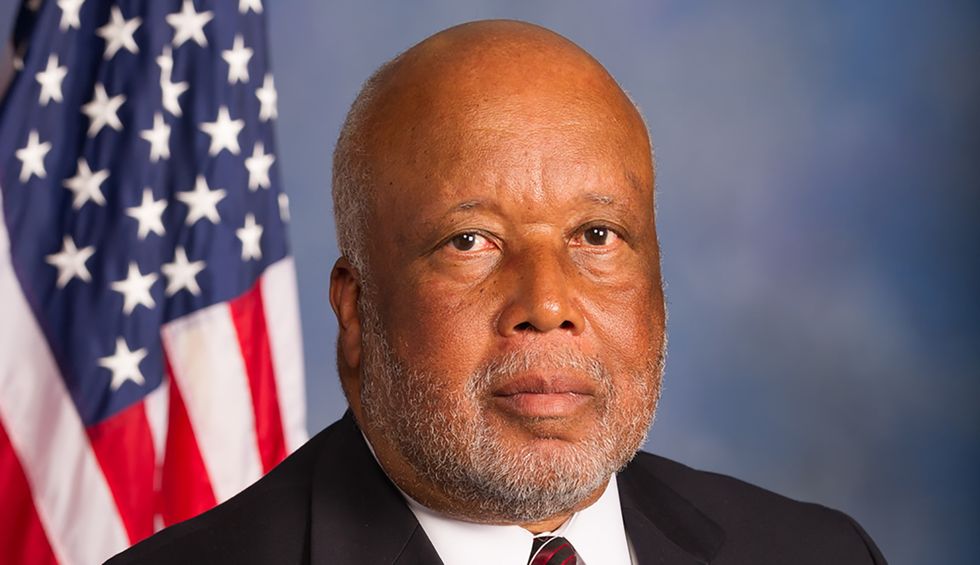 Rep. Bennie Thompson, chairman of the House Homeland Security Committee, demanded on Wednesday that the chamber's sergeant at arms "take action" against the dozens of Republican lawmakers who stormed a secure impeachment hearing room with their cellphones, a brazen violation of House rules.

In a letter (pdf) to House Sergeant at Arms Paul Irving, the chamber's chief law enforcement official, Thompson called Republicans' coordinated attempt to disrupt House Democrats' impeachment inquiry "a blatant breach of security" that "violates the oath of all members of Congress sign to gain access to classified information" and "contravenes security controls established by the Director of the Central Intelligence Agency for the protection of classified information."

"This unprecedented breach of security raises serious concerns for committee chairmen, including me, responsible for maintaining SCIFs [Sensitive Compartmented Information Facilities]," Thompson wrote. "As such, I am requesting you take action with respect to the members involved in the breach."

"More broadly," Thompson added, "I urge you to take House-wide action to remind all members about the dangers of such reckless action and the potential national security risks of such behavior."

Thompson's letter came after the GOP's disruption effort was finally tamped down. All told, the Republican stunt delayed by five hours the testimony of Pentagon official Laura Cooper, a witness in House Democrats' impeachment inquiry against President Donald Trump.

As Buzzfeed reported, a dozen of the House Republicans who took part in Wednesday's stunt are members of the House Intelligence, Judiciary, or Foreign Affairs Committees, meaning they already had access to the impeachment hearing that they decried as overly secretive.

Journalist Marcy Wheeler compiled a list of the more than 40 Republican lawmakers who took part in the security violation.

Updated list of the 41 people Gaetz said were part of Brooks Brothers The Farce. Those marked with an asterisk--12… https://t.co/pSX8OjOcdd
— emptywheel (@emptywheel)1571858872.0

On top of storming a secure room with their electronic devices, numerous Republican lawmakers—including Rep. Matt Gaetz (R-Fla.), who led the group—tweeted updates from inside the SCIF, a significant breach of House security protocol.

The lawmakers later claimed the tweets were sent by staff.

"Since many of the flash mob already sat on the committees, they *knew* how serious a breach it was to bring devices into SCIF and did it anyways," Rep. Alexandria Ocasio-Cortez (D-N.Y.) tweeted late Wednesday. "Our country is a game to them. Remember that the next time they use 'national security' as an excuse for their bad ideas."