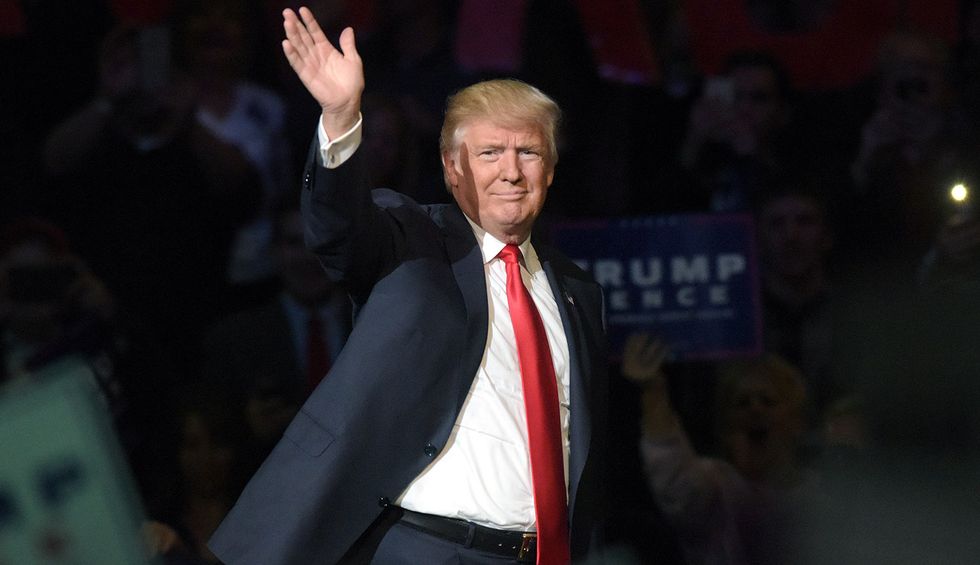 Donald Trump has a defense. There is a case to be made that the discussions he initiated with people in Ukraine should not lead to impeachment. Let’s imagine that defense. Maybe there is another phone call, shortly after July 25, where Trump tells Zelensky that there is no link between our relationship to Ukraine and their investigating Biden. Maybe there is evidence that what looks plainly like efforts coerce Ukraine’s gas system for personal gain by Trump’s envoys to Ukraine didn’t happen that way.

Maybe one could argue that Trump didn’t mean what he said to Zelensky. That would hard, though, given that he also said it to the Australian Prime Minister and to all of China. Or better, that he was completely ignorant of this law, because of his only distant contact with the rules of his office. Trump has demonstrated ignorance of many important aspects of his job, but to call this an honest mistake requires one to ignore everything that happened afterward. Maybe there were conversations in the White House about how to correct this mistake. We don’t know of any.

Right now that case is entirely theoretical, because the evidence we already have does point to impeachment. Many important people in the White House were appalled by the whole process around the fateful phone call, which seem to contain clear evidence of a crime. We know the major task of numerous White House officials was to hide evidence of the contents of this call.

Such plausible and implausible defenses are possible. It is striking that no Republicans are making them.

The Washington Post has usefully published statements from every Republican Senator who would say anything. Zero support the impeachment inquiry. Perhaps the best clue to Republican thinking about Trump is that none of them are offering any evidence, any argument, any reason. Instead, we hear two versions of the same non-defense, that there is no evidence of anything like a crime.

The first version is that what Trump said on the phone with Zelensky was fine, or as Trump says, “perfect”. Sen. Thom Tillis from North Carolina: “The transcript debunks the Democrats’ false claims against President @realDonaldTrump and demonstrates that their call to impeach him is a total farce.” Sen. John Cornyn from Texas: “We have the transcript of the call which doesn’t live up to the complaintant’s fevered accusations.”

Another version of this defense is that it was unfortunate that Trump said what he said, but not very serious. Sen. John Thune of South Dakota: “I’m not a fan of the way in many cases the president goes about this and I would prefer he would not raise an issue like that with a foreign leader.” Sen. Rob Portman of Ohio: “He should not have brought up the Joe Biden issue, but again, there was no quid pro quo and I think the Democrats’ rush to impeachment is totally unwarranted.” This qualifies as courage among Republicans.

Usually this line is combined with attacks on Democrats and the media for even considering the issue. Sen. James Lankford of Oklahoma: “I think they’ve been looking for a way to impeach the president for years. I think they’re upset with him politically.” Sen. Todd Young of Indiana: “One thing is clear, the far-left has been desperate to get rid of President Trump since day one.” Sen. John Boozman of Arkansas: “Democrats have long sought to weaken the president, appease their base and further divide the country through impeachment. This latest action demonstrates their willingness to blindly follow this obsession regardless of the facts.”

A second version was displayed by Sen. Joni Ernst of Iowa. When a CNN reporter asked her whether it’s appropriate for a president to solicit campaign assistance from a foreign power, she responded, “We’ll have to wait. We don’t have the facts in front of us. And what we see pushed out through the media, we don’t know what is accurate at this point.” A questioner at a meeting in her home state said, “When are you guys going to say, “Enough”? You stand there in silence.” She responded helpfully, “Whistle-blowers should be protected. Corruption wherever it is should be ferreted out.”

This “we don’t know yet” version says that what we do know about the call and Trump’s other actions is not enough. Sen. Tim Scott from South Carolina: “He’s not really a whistleblower, so it’s really more hearsay.” Sen. Mike Crapo of Idaho: “I will wait for further information regarding the facts of this matter and refrain from speculating.” Sen. Cory Gardner of Colorado: “I joined my Senate colleagues in unanimously supporting the release of the whistleblower report, and I support the Senate Intelligence Committee’s on-going bipartisan review to gather all of the facts. Nancy Pelosi’s impeachment inquiry to appease the far-left isn’t something the majority of Americans support and will sharply divide the country.” But Gardner’s wrong: a majority of Americans do now support the inquiry. A poll from a week ago found 55% supported an impeachment inquiry.

Only a very few Republican Senators have taken the evidence we all have seen seriously. Mitt Romney of Utah appears to be leading those who are most anxious: “It remains troubling in the extreme. It’s deeply troubling.” Susan Collins of Maine remains true to her pretense at independence: “I thought the president made a big mistake by asking China to get involved in investigating a political opponent. It’s completely inappropriate.” What about Ukraine?

The last time a Republican was impeached for trying to tamper with a presidential election and then covering it up, that strategy didn’t work.

Before anyone can make a good judgment about breaking rules, we have to know the rules. Does a certain behavior fall outside of the law? It doesn’t matter if you don’t know the rules. Ignorance of the law is no defense, says the Bible, Greek philosophers, and Roman law. Republicans are following a different motto: “I’ll tell you what is legal and what is not legal later, when I find out more about what Trump did.”