Historian: Andrew Jackson was terrible — but he likely would have despised Donald Trump 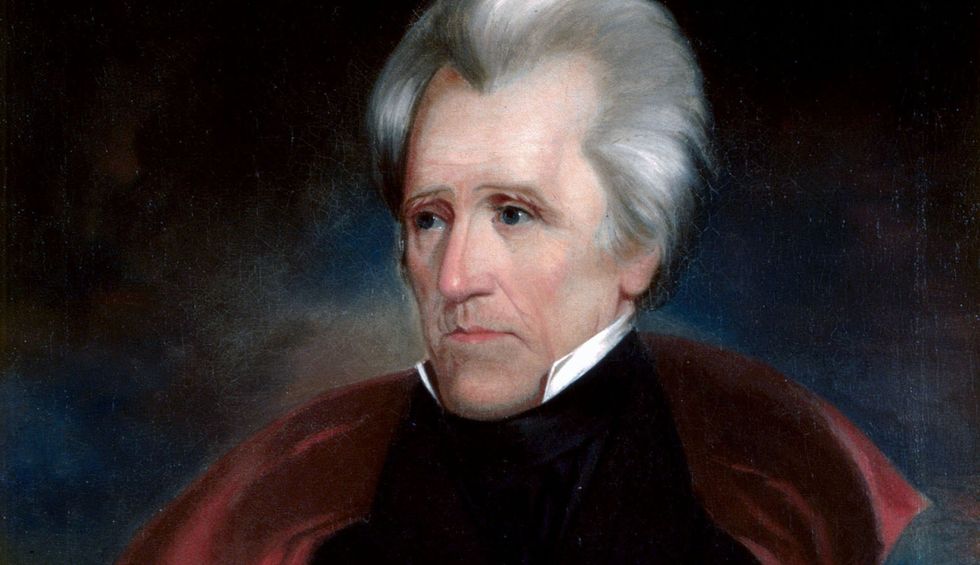 If there is one president that Donald Trump wants to associate with himself, it's Andrew Jackson.

The 45th president has repeatedly praised Jackson in his speeches and tweets, placed a portrait of the seventh president in the Oval Office, insisted (illogically) that the Tennessean could have prevented the Civil War and told an audience at Jackson's plantation, the Hermitage, that Jackson "confronted and defied an arrogant elite. Does that sound familiar to you? I wonder why they keep talking about Trump and Jackson, Jackson and Trump. Oh, I know the feeling, Andrew."

Yet there is more to Andrew Jackson than his supposed populism. He was a brilliant general who rose up from hardship to achieve great wealth and power. He was also a white supremacist through and through, who made his name not only by defeating the British in the War of 1812 but by vicious genocide against Native Americans and fighting to recapture or kill enslaved people who had escaped.

Historian Matthew Clavin has written a book about that last aspect of Jackson's career, "The Battle of Negro Fort: The Rise and Fall of a Fugitive Slave Community." Salon spoke with him about his thoughts on Jackson's legacy and what it can tell us about the current president.

Were you inspired to write a book about Andrew Jackson and his human rights record in part because of Donald Trump's professed admiration for Old Hickory?

No, I started this book a good decade ago. However, as Donald Trump rose to power ... actually, when he became president and put the portrait of Andrew Jackson on his wall in the White House, it became very clear to me my audience might be interested in knowing a little more about the guy that Donald Trump put so high on a pedestal. There's definitely a connection I've made as the book has come to fruition.

Explain the relevance of Andrew Jackson's military career, and particularly the Battle of Negro Fort, in terms of white supremacist ideology in the United States.

Well, not everyone knows that Andrew Jackson — one of his military claims to fame was the Battle of New Orleans, and he deserves a great deal of credit for basically destroying the British at New Orleans. One of the great victories, not just in American history, but world military history. But it's also important to understand that when Andrew Jackson came to power, it was not just his record against the British, but his record against Native Americans — really, Native American extinction. And then I'm trying to show that it was also his lifelong ambition to rid the United States of the problem of fugitive slaves.

A lot of people know about the plight of the slave people and how many of them, decades before the Civil War, tried to escape to freedom, sometimes with the assistance of the Underground Railroad. My book clearly shows that in the earliest decades of the 19th century, there was also a problem with runaway slaves for slave owners and slavery proponents.

So shortly after the War of 1812, this became one of Andrew Jackson's personal missions, to obliterate this so-called "Negro Fort." Not only to continue the process of Indian removal and Indian extermination, but also to get at the problem of fugitive slaves.

Would you say that the ideology that justified these actions was white supremacy?

A big part of it was, absolutely. Certainly Andrew Jackson was a patriot. He saw this as a way to further westward expansion and southern expansion. But it was also clearly at the expense of people of color, of black slaves and Native Americans.

Do you think Andrew Jackson's face belongs on our currency, given what he did to Native Americans and fugitive slaves?

I personally have a problem with it. But I also think that sometimes we might put too much emphasis on some of these symbols. As a president, he deserves to be in the history books. As a president, he deserves to have certain remembrances. So I would not lead a fight to get rid of Andrew Jackson off a $20 bill. I would much rather lead a fight today for racial equality, gender equality. The symbols are important, for sure. But I think sometimes people put a lot of their energy into changing the symbols and not public policy.

I think both are accurate. I think any politician in the 21st century who would align themselves so explicitly with Andrew Jackson is certainly appealing to a white supremacist ideology. It's hard for any 21st-century politician to share a great deal in common with any president from the early 19th century. Things have changed so dramatically. And certainly, Andrew Jackson has a reputation — far more than most 19th-century presidents and prominent political figures — of being extremely racist in a lot of his beliefs and his actions.

So for any 21st-century politician to so explicitly align themselves intellectually with Andrew Jackson, it is, I think, another example of Trump using not-so-veiled attempts to stir racial division in the 21st century. It's kind of hard to deny.

But if we're talking about, let's say, masculinity, Andrew Jackson, say what you will about him, was a tough dude. He was a very talented general. He survived incredible hardships. Wouldn't he have viewed Trump, a man who has never experienced physical hardship and who spent his whole life making real estate deals, as soft?

Probably. Andrew Jackson was a roughneck frontiersman who rose up on the frontier. He shared very little in common, if anything, with urban elites. In fact, much of Jackson's political career is taking a swing at the political establishment in places like New York City. So, from Jackson's point of view, there's just very little that he would claim he had in common with any financial type from New York or any other East Coast city. Again, it's just very unusual and strange, and it makes me uncomfortable, that Donald Trump — a real estate magnate who avoided military service — boldly claims that he shares a great deal in common with Andrew Jackson. It certainly isn't military service, that's for sure.

I would even go so far as to say they don't have similar political values. How would Jackson have felt about Trump when it comes to the corruption that surrounds his presidency? I mean, Jackson did pioneer the spoils system, on the one hand.

But do you think he would have taken money for business interests that profit himself, as Trump has done?

No, I don't. I'm critical of Jackson not just in my book, but just in general, for his views on race, his views on westward expansion and his pro-slavery attitude. It makes me uncomfortable. But I have to tell you, Andrew Jackson — I think if he were alive today he would say first and foremost, he was an American patriot. The things he did, from his military service as a teenager through his presidency, were all for the good of the republic. Now, certainly his political opponents didn't see things that way.

For example, Andrew Jackson would absolutely use all of his power as commander in chief to avenge a political election that was violated by a foreign power, where Donald Trump has said this is OK. He says he will continue to use foreign assistance in the future, as do many of his allies. Andrew Jackson would not allow that to happen. There were limits for Andrew Jackson, rooted in his patriotism. You just don't see that in the current president.

It's commonplace to condemn Jackson as a racist and as a perpetrator of genocide, but most people don't know the specifics. If you were to say, for a layperson, what was most important in terms of Jackson's human rights atrocities, which would you list? Would the Battle of Negro Fort be among them?

I would definitely list it among them. Again, Andrew Jackson ... how do I want to say this? Andrew Jackson was willing to use any means necessary to both encourage and promote slavery and remove the so-called "Indian problem." A lot of people today don't understand that there were, in fact, many Americans throughout the early 19th century who wanted Indians removed, but wanted it done peacefully, maybe even contractually. A lot of people were willing to pay the Indians for their land. A lot of people were advocating slavery and its expansion, but there were limits to that point of view. There were limits to what they would do to make that dream a reality.

But for Andrew Jackson, there really were no limits. I don't think that Andrew Jackson set out to kill runaway slaves and kill Indians in order to expand America's southern and western boundaries. I don't think that was his preferred method. However, when it became clear that slaves would not stop escaping, and that Indians would not forfeit their land to all these white settlers, Andrew Jackson was very quick to adopt violence and death and murder to achieve his dream for the United States moving forward.

You're saying that he was a patriot, but it sounds like, to him, patriotism and white supremacy were virtually the same concept.

There's no doubt about it. Andrew Jackson, like many Americans in the early 19th century, believed that America was and should be forever a white republic. This was not a place where people of color were to expect or enjoy freedom and the protections of liberty and equality. Andrew Jackson absolutely believed that, and was willing to take great measures to guarantee the United States would be a white republic.