Here's how the DEA made the opioid crisis worse 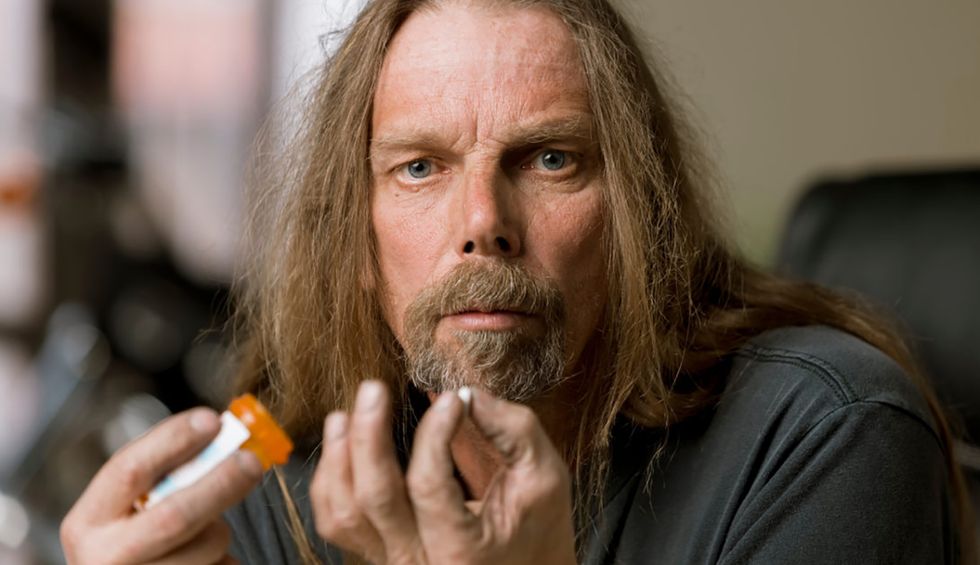 Even as fatal opioid overdoses surged dramatically across the country, the Drug Enforcement Administration (DEA) authorized large increases in the production of painkillers, the Justice Department's inspector general said in a scathing report issued Tuesday.

The watchdog office described a DEA that was "slow to respond" to the opioid crisis, which has taken more than 400,000 lives over the past 20 years, according to government data.

The DEA, an arm of the Justice Department, is the federal agency that most directly oversees and regulates the production, distribution and administration of opioids. It sets annual quotas for narcotics manufactured in the United States and investigates the illegal sales of prescription drugs.

Michael E. Horowitz, the inspector general, noted the agency authorized a greater than 400% increase in oxycodone production between 2002 and 2013 — despite evidence that opioids were being overprescribed and frequently misused.

It was not until 2017 that the DEA significantly reduced the amount of oxycodone produced by 25 percent, the report said. In 2018, the agency further reduced the production quota for oxycodone by 6 percent. (The DEA told Horowitz it struggled to determine the amount of oxycodone it would allow to be produced that ensured pills were available for legitimate medical purposes, but also posed a small risk of misuse and abuse.)

Horowitz also found the DEA did not adequately vet doctors, pharmacists, dentists and other individuals before issuing them a license to prescribe narcotics — instead relying on them to voluntarily disclose relevant information, including past criminal activity.

Some of the agency's field division staff expressed concern about the lack of background checks. One diversion program manager told the inspector general that if a pharmacy owned by a corporation is sold to another corporation, the new company could bypass the pre-registration process and assume the previous company's license. As a result, the new company could order as many narcotics as it desired without obtaining a license.

Notably, the DEA allows health care providers and drug manufacturers who have had their licenses revoked or suspended to apply to have it reinstated as soon as one day after a surrender. Though the agency's diversion investigator is required to probe those who re-apply for registration, authority was reinstated in some cases simply because the agency's field division was "worn out."

In one case, a doctor, who had prior violations and had his license revoked, moved to a state that was under the authority of a different DEA field division. After relocating, he immediately reapplied for registration and was approved.

The DEA also restored the registration of a dentist who had voluntarily surrendered his medical license and DEA registration on two separate actions. The doctor had a 25-year history of substance abuse, tested positively for marijuana and allegedly bought a firearm from an undercover police officer after having been convicted of a felony. During the course of an unrelated investigation, the doctor allegedly purchased cocaine and heroin.

Furthermore, the DEA rarely used its strongest enforcement tool, Immediate Suspension Orders (ISOs), between 2010 and 2017, a time when opioid-related deaths increased rapidly. The agency authorized more orders, which allow investigators to instantly suspend an individual's DEA registration, in 2012 than it did between 2013 to 2017.

Horowitz noted the poor working relationship between field offices that sought to use ISOs and the agency's legal teams, which moved too slowly to approve the orders, hindered investigations. One official called the relationship "toxic."

As an example, in 2015, field officers requested the DEA's legal office issue an ISO against a 62-year-old California doctor who officers believed was having sex with three patients, all of whom were addicts between the ages of 20 and 25, in exchange for prescribing opioids.

The agency's legal teams called the allegations of improper prescribing "deeply troubling," but said the case file "lacked essential evidence needed to proceed forward." The field officers then referred the case to the office of the U.S. Attorneys, which later indicted the doctor. The doctor reportedly pled guilty and is serving a 30-month prison sentence.

Horowitz said the agency has taken steps to improve cooperation.

The DEA's system for recognizing "suspicious" orders of narcotics, which often provide a clear warning of diversion to the street, captured those orders "from very few registrants," Horowitz noted. Suspicious orders generally include drug orders from distributors and manufacturers of unusual quantities and variations.

"We determined that this was due to the fact that most suspicious order reports are sent to DEA field divisions and that those reports were never uploaded" into the agency's data system, Horowitz noted. "As a result, of the approximately 1,400 manufacturers and distributors required to report suspicious orders to DEA, the database included reports from only the 8 manufacturers and distributors that had agreements with DEA to send such reports," he added.

In addition, some drug companies reported ordering information to the DEA's main database every month while others did so on a quarterly basis. As a result, the agency was forced to wait a full year before fully analyzing the data and identifying any issues — depending on 2017 annual data in 2018, for example, Horowitz wrote.

The DEA also discontinued using a medical examiners database in 2007, and the Department of Health and Human Services stopped using a drug-abuse early-warning network in 2011. Those data sets might have helped the DEA identify the impact of new drugs and asses emerging overdose trends, the inspector general wrote.

The Healthcare Distribution Alliance, which represents drug distributors, said in a statement that it "welcomes the actions taken by current DEA leadership to curtail annual opioid production quotas and improve communication with registrants. We also are pleased that Congress enacted the SUPPORT Act, which among other things, strengthens DEA's hand in managing the opioid epidemic and improves coordination, information gathering and communication."

The organization urged the DEA to update guidance on reporting suspicious drug orders and to address the "influx of substances, such as illegal fentanyl, that are now increasingly the cause of the epidemic facing our country today."

The inspector general's report comes as sprawling federal opioid litigation is rapidly picking up: A consolidation of some 2,300 cases filed by cities, counties and tribes nationwide seeking to hold seeking reparations for victims of the opioid crisis.

The first trial, set to begin in Cleveland later this month, pits two hard-hit Ohio counties against an array of giant drug manufacturers and distributors, which the plaintiffs accuse of creating a "public nuisance" that harmed public health and safety by engaging in deceptive marketing and by failing to control a surge of legal pain pills from flooding the country.