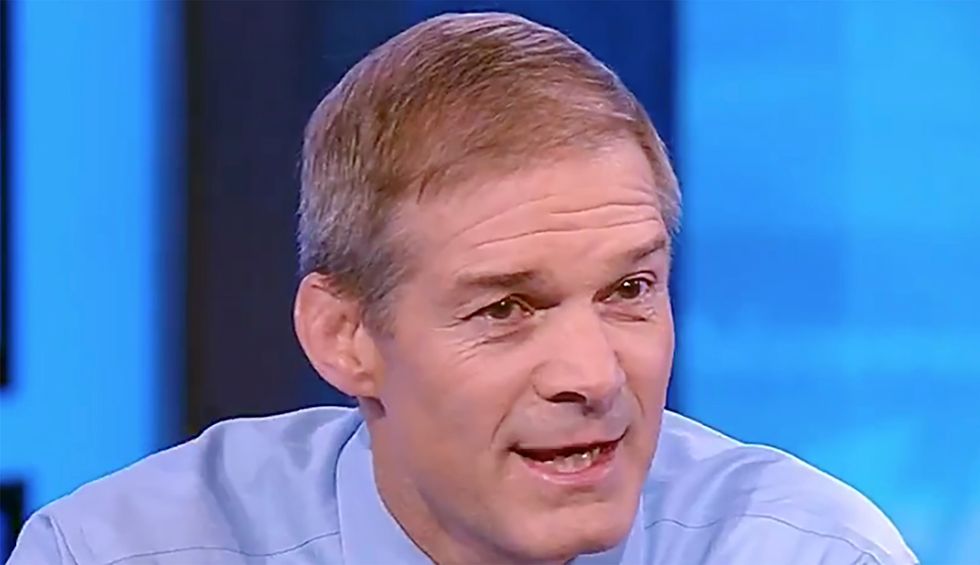 Rep. Jim Jordan (R-OH) did all he could on Sunday morning to avoid explaining why Donald Trump asked China to investigate former Vice President Joe Biden, at one point saying it never happened even though it was broadcast live on TV.

Speaking with This Week host George Stephanopoulos, the combative Republican repeatedly batted away whether he thought it was appropriate for Trump to make the request from a foreign government by trying to explain the president has a unique way of expressing himself.

“Do you think it’s appropriate for President Trump to ask China and Ukraine to investigate Joe Biden?” Stephanopoulos asked to which Jordan laughed.

“George, you really think he was serious about thinking that China’s going to investigate the Biden family?” Jordan smirked.

“He said it right there in public,” the ABC host reminded the Ohio lawmaker.

“As Senator Rubio said a couple days ago, I think he’s getting the press all spun up about this,” Jordan parried.

“The president asked China to investigate,” The ABC host pressed. “We’re not supposed to take the president at his word?”

“You guys would think after three and a half years, with the campaign and everything else, you would figure out some of the way that this guy [talks],” Jordan attempted.

“The president hasn’t said he’s joking. He said a very direct statement. He wasn’t smiling. He wasn’t laughing. It wasn’t a joke,” Stephanopoulos persisted, however, Jordan continued to deflect no matter how many times he was told he wasn’t answering the question.

Watch below via ABC: