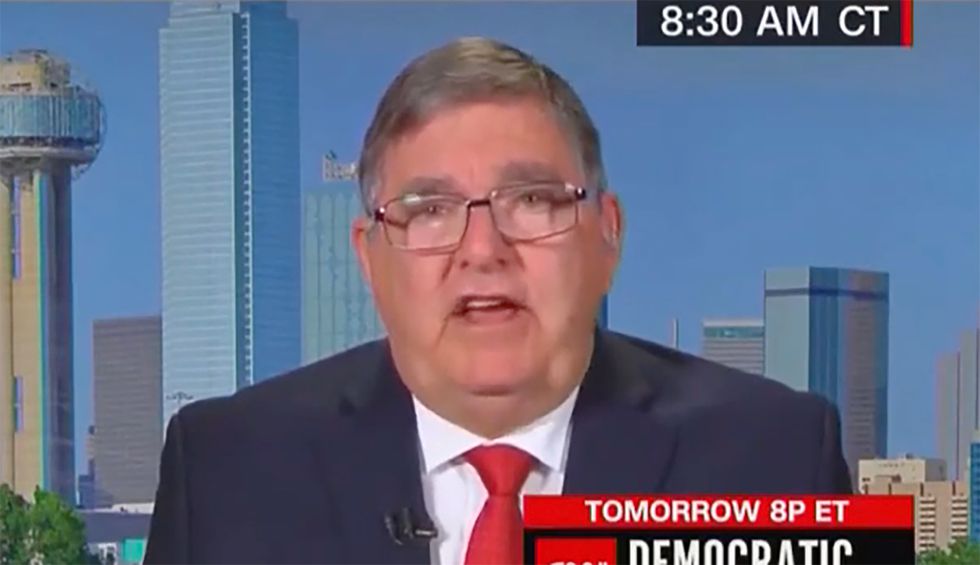 As damning as the rough transcript of President Donald Trump’s July 25 phone conversation with Ukrainian President Volodymyr Zelensky is, many Republicans continue to insist that the conversation was perfectly innocent. One such Republican is Texas Rep. Michael Burgess, who claimed during a CNN appearance that Trump wasn’t trying to dig up dirt on a political rival when he spoke to Zelensky during that now-infamous phone conversation.

The rivals were former Vice President Joe Biden and his son Hunter Biden. Burgess was asked on CNN, “Is it acceptable, in your mind, for any president of the United States to solicit help from any foreign government to dig up dirt or pursue an investigation on a political rival?” And the Texas congressman didn’t answer the question, insisting, “that’s not what the phone call was about, and we both know that.”

CNN’s anchor, however, responded, “I’ve read the entire transcript. It is such a straight-forward question.” And Burgess continued to insist that looking for political dirt on Biden “was not the purpose of that conversation.”

The interview then turned to the subject of impeachment. Burgess has asserted that an impeachment inquiry against Trump in the U.S. House of Representatives is bad because it makes it harder for the federal government to get things done — and CNN reminded him that in 2011, he was singing a very different tune and calling for President Barack Obama’s impeachment.

In 2011, Burgess told a Tea Party group in Texas that impeachment would “tie things up” and asserted, “we need to tie things up.”

“Was it a good idea in 2011?,” Burgess told CNN. “In retrospect, perhaps not. But as we see right now, this impeachment is a national trauma — and it is affecting everything.”

CNN, however, reminded Burgess how different he sounded during the Obama era.

“Do you regret those words in 2011 about potential impeachment?” Burgess was asked.

The congressman replied, “in retrospect, that was perhaps not advisable. But look at what we’re dealing with now, and the here and now is that we’ve got a trade agreement that’s languishing. The president is having to go into his negotiations with China with one hand tied behind his back because Congress won’t approve the deal with the two biggest trading partners, Mexico and Canada.”