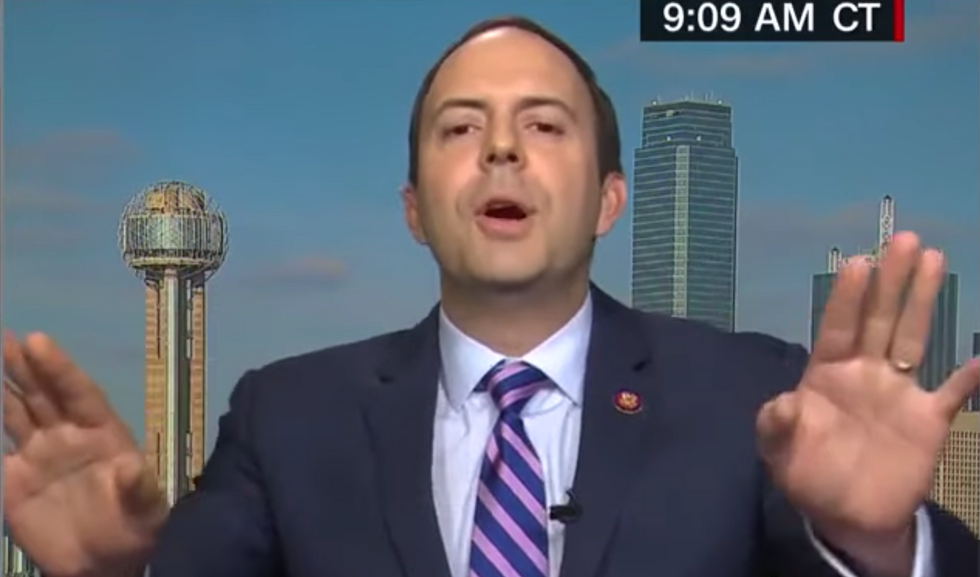 Rep. Lance Gooden (R-TX) had a full-blown meltdown during a CNN interview on Friday in which he was caught red-handed peddling falsehoods about former Vice President Joe Biden.

During the interview, Gooden falsely claimed that Biden had bragged about getting Ukrainian prosecutor Viktor Shokin fired while the prosecutor was investigating his son, Hunter Biden.

In reality, the investigation into Hunter Biden’s employer, energy company Burisma, had been shelved by the time the former vice president had started lobbying the Ukrainian government to fire Shokin. Additionally, multiple foreign governments, not just the United States, were calling on Ukraine to fire its prosecutor because he wasn’t doing enough to investigate corruption in the country.

“There is zero evidence at this point that Joe Biden did anything wrong,” Poppy Harlow pointed out. “As you know, he was among so many leaders in the West calling for Shokin to be pushed out as prosecutor.”

“How do you know this?” Gooden angrily demanded.

“Because I read it,” Harlow shot back while holding up several papers. “Because I have it here. Because we fact check.”

“Did you read it in a leaked report?” he shouted back. “A leaked report that you haven’t seen? Is it from the New York Times?”

She then quoted from a former Bush administration official who backed up her assertion that multiple governments and institutions were putting pressure on Ukraine to fire Shokin — not just Joe Biden.

Harlow then turned back to Gooden and asked what evidence he had that Biden had committed a crime — and he proceeded to fume about unspecified “corruption.”