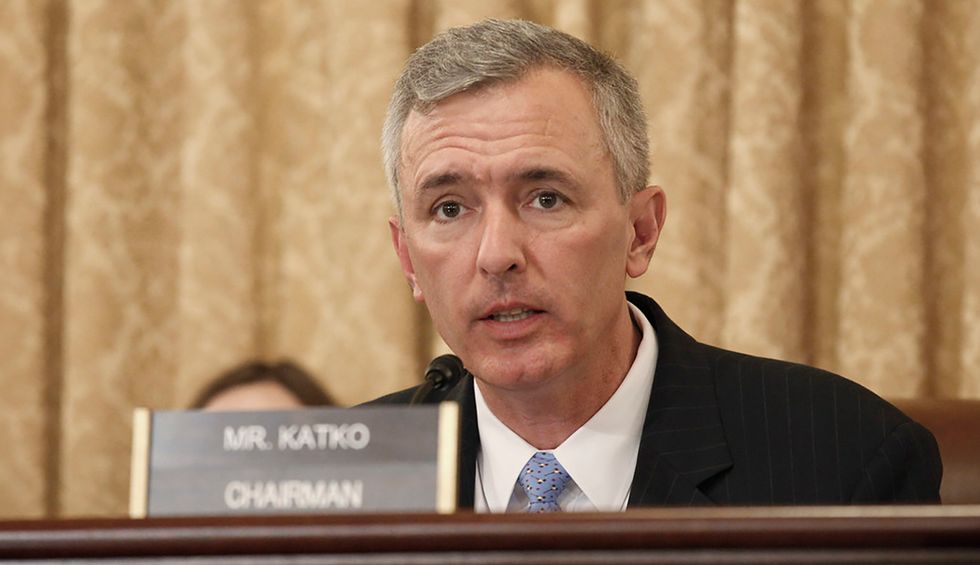 Chairman of the House Committee on Homeland Security, Subcommittee on Transportation Security, John Katko grills a panel of witnesses including U.S. Customs and Border Protection Office of Field Operations Executive Assistant Commissioner John Wagner on the potential security risks involved in the resumption of commercial aviation to and from Cuba. (CBP Photo by Glenn Fawcett)
Alex Henderson
October 15, 2019

Igor Fruman is among the associates of Rudy Giuliani — President Donald Trump’s personal attorney and former mayor of New York City — who has been indicted for alleged campaign finance violations; prosecutors say Fruman conspired to violate election laws by taking part in a scheme to funnel foreign money to candidates for federal and state offices. And according to a report by WSYR-TV in Syracuse, New York, GOP Rep. John Katko is “donating $2433 to a local charity to make up for the same amount given to him” by Fruman.

WSYR reports that the Belarus-born Fruman, using a fake name, made donations to Katko as well as Rep. Claudia Tenney, also a Republican. Federal records, according to WSYR, show two donations made by “Igor Furman” — as opposed to his actual name, Igor Fruman — to the “Katko for Congress” campaign last year: the first on March 31, 2018, the second on June 26, 2018. And donations by “Igor Furman” were also made to the “Claudia Tenney for Congress” campaign last year.

According to WSYR, a spokesperson for the Katko campaign said that because the donations came through the Protect the House joint finance committee, they did not come directly from Fruman.

Those indicted in the alleged campaign finance scheme along with Fruman include Lev Parnas, Andrey Kukushkin and David Correia.

The local charity that Katko donated $2433 to, according to the Auburn Citizen, is the McMahon Ryan Child Advocacy Center.