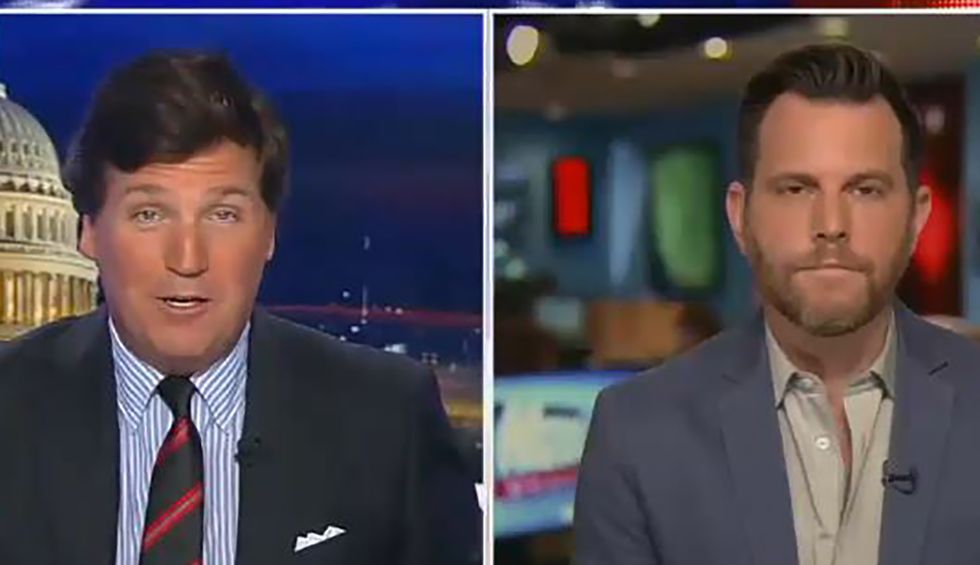 “PG&E strikes me as almost a metaphor for the destruction of the state,” Carlson said in reference to how some (though not all) of the California wildfires may have been caused by PG&E’s technical errors. He claimed that the company “doesn't really know anything about its own infrastructure” even though it “knows everything about the race of its employees.”

Carlson agreed with Rubin, who said that this is “not how freedom is supposed to operate” and compared it to people asking about the “gender or sexuality” of the people who came to put out a fire in their home. He also cited the preemptive blackouts occurring in California. Rubin blamed the problem on the fact that California does not have “enough clear thinking, say, more libertarian or conservative-minded people in California to fight what the progressives are doing to the state.”

Carlson agreed, adding that “if you can’t keep the lights on and you can't keep the place from burning down, you've reached the point where there is no kind of lying about it anymore. Like it's falling apart. It's a disaster. It's not civilized anymore.”

There is no evidence that the incidents with PG&E had anything to do with the demographic composition of their employees, despite Carlson’s and Rubin’s assertions. There is also no evidence that PG&E’s technical issues were the primary factor behind the California wildfires. Global warming, however, has been a major contributor to the fires.

As climatologist Kevin Trenberth told Salon earlier this week, “the increases in carbon dioxide and other greenhouse gases by human activities create extra heating. While it is small on a daily basis, it is always in the same direction. And in dry conditions, it accumulates so that plants dry out faster and wilt, and wild fire risk increases on the time scale of a month."

Carlson has long been a critic of what he describes as “identity politics,” telling Salon earlier this year that “I would never make the case that racism doesn't exist, or it's not a factor. Of course it does and it is. But in the end, our racial differences or sex differences are immutable differences that can't be fixed. They can't be changed.”

He added, “They're set at birth, so it's not only counterproductive, but in my opinion, it is an intentional diversion away from conversations about things that we could potentially change, like tax rates.”