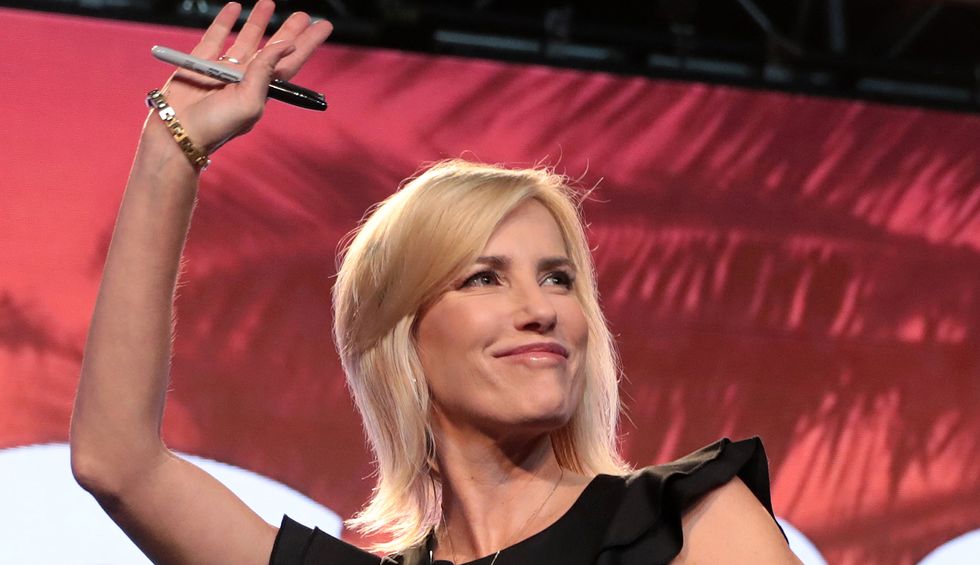 Although Acting White House Chief of Staff was trying to defend President Donald Trump at a news conference on Thursday, he didn’t do the president any favor when he admitted that Trump had a quid pro quo with Ukrainian President Volodymyr Zelensky. As an impeachment inquiry hangs over Trump's head, he and his defenders' primary defense was to deny the existence of any quid pro quo — despite the mounting evidence.

And two of Trump’s biggest sycophants in the right-wing media, Laura Ingraham and Sean Hannity, both jumped through hoops trying to discredit Mulvaney and convince their audiences that a quid pro quo between Trump and Zelensky never existed.

In their impeachment inquiry, House Democrats argue that Trump and his allies pressured Ukraine to get political dirt on former Vice President Joe Biden and his son Hunter Biden. The existence of a quid pro quo for congressionally approved military aid to Ukraine as part of the scheme, though not necessary to show an abuse of power or high crime, would exacerbate the offense. Mulvaney, during the press conference, admitted that the White House withheld military aid to Ukraine in exchange for a related investigation, even though it had been strongly denied by Trump's team. Later, Mulvaney tried to lie and say he never said what he said.

This slip clearly sent shockwaves through Fox News, where some of Trump's most devoted followers hang their hats.

Thursday night on her Fox News program, “The Ingraham Angle,” Ingraham told her guests, “I’m not piling on Mulvaney. I don’t want to do that.” But she tried to give the impression that Mulvaney didn’t choose his words well because he lacked legal expertise.

“When you have a legal issue before a lot of people who aren’t lawyers, the last thing you want to do is try to get out there and say a whole bunch of things really fast and then say, ‘well, the context was — and going back, and the reach back was’ — and then, there’s not enough of a pause between one thought and another,” Ingraham said.

But Mulvaney does, in fact, have a legal background. Mulvaney, now 52, graduated from the University of North Carolina at Chapel Hill Law School in 1992. And before he went into politics, Mulvaney practiced law at the firm James, McElroy & Diehl for half a decade. Mulvaney was a lawyer long before he was a Republican politician (he was first elected to the South Carolina House of Representatives in 2006 and was elected to the U.S. House of Representatives in 2010).

While Ingraham claimed that she wasn’t trying to insult or belittle Mulvaney — even though she was — Hannity was overtly insulting to the acting White House chief of staff on his radio program, “The Sean Hannity Show” (which he hosts in addition to his evening show on Fox News).

Hannity told listeners, “What is Mulvaney even talking about? I just think he's dumb, I really do. I don’t even think he knows what he’s talking about. That’s my take on it.”

Hannity went on to claim that House Speaker Nancy Pelosi was trying to orchestrate a “Soviet-style impeachment coup” against Trump and that Mulvaney failed to comprehend what was going on.

“You don’t need a chief of staff's idiotic interpretation of things, when the president and the president of Ukraine and everybody else can read it all themselves,” Hannity told listeners. “That’s what’s amazing.”