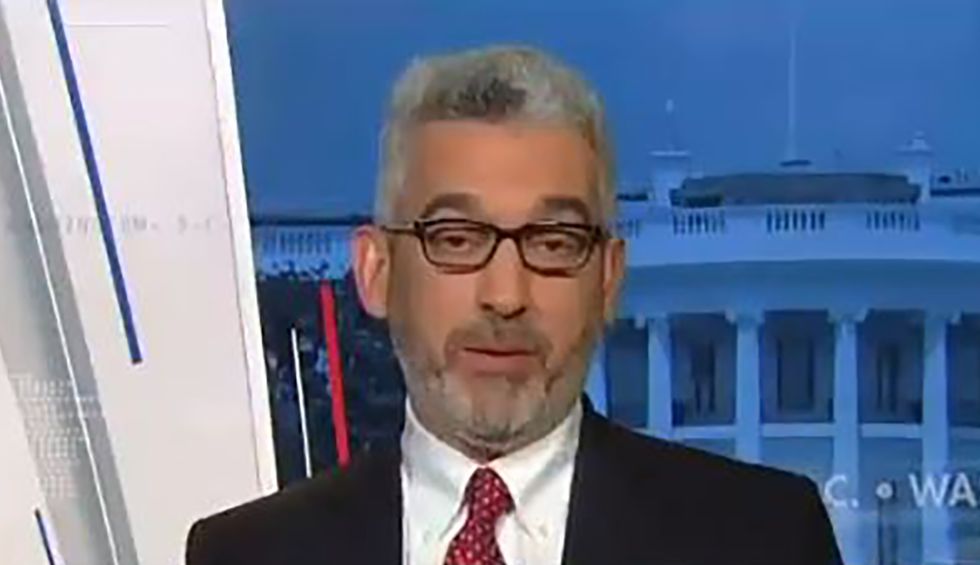 “Here is how I see what we’re calling the impeachment process, inquiry — I see it as a secret ritual conducted by a cult,” Smith told Bartiromo (video below). “I mean, they’re doing most of this in secret. And I think it’s worthwhile thinking of Speaker Pelosi as the high priestess of the cult, and Adam Schiff as a high priest of the cult.”

“And the purpose of the cult is to protect the swamp and what the swamp has done,” he adds.

Smith appears to not understand how investigations are conducted, or how President Trump has grown the swamp.

Smith is author of the book, “The Plot Against the President: The True Story of How Congressman Devin Nunes Uncovered the Biggest Political Scandal in U.S. History,” which is currently number one on Amazon’s list of Political Commentary & Opinion books. It does not appear to be listed as fiction.

The Amazon page for his book says he was given “unprecedented access to Congressman Devin Nunes, former head of the House Intelligence Committee, to expose the deep state operation against the president–and the American people.”

Last year The Daily Beast ran a profile of Maria Bartiromo, declaring: “Once a titan of apolitical financial reporting, Bartiromo has made an unmistakeable pivot toward conspiratorial and occasionally alt-right-assisted Trump cheerleading.”